Rakesh Jhunjhunwala's Akasa Air gets license from DGCA, flight may start from this day

14 aircraft will be inducted every 12 months, which will bring its total order of 72 aircraft delivered over five years. All 72 aircraft are Boeing 737 MAX, powered by CFM fuel efficient, LEAP-1B engines. 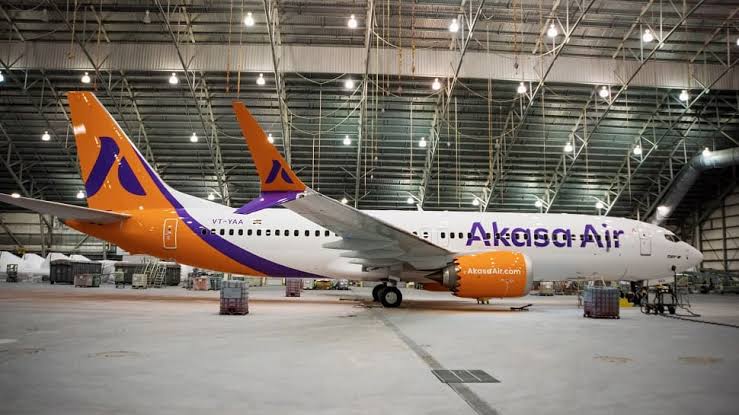 India's latest airline Akasa Air has got the permission of Aviation Regulator (DGCA) to start commercial flight. The company backed by billionaire and famous investor Rakesh Jhunjhunwala has given information about this by tweeting today. The no-frills airline said in a statement that it will start operations by the end of this month. Akasa Air tweeted, "We are pleased to announce the receipt of our Air Operator Certificate (AOC). An important milestone, which has helped us to start our flights and commercial operations." AOC allows a new airline to conduct commercial air transport operations.

According to aviation knowledge forum Skybrary, the airline needs personnel, assets and systems to ensure the safety of its employees and the general public. AOC is given after meeting all the criteria of the regulator. Akasa Air Directorate, citing the AOC, said, "The grant of AOC is the final stage of a comprehensive and rigorous process laid down by DGCA and signifies satisfactory fulfillment of all regulatory and compliance requirements for operational readiness of the airline. "

Akasa Air - airline code QP - received its first Boeing 737 MAX last month. The company said in a statement today that it will start flying with two aircraft later this month, adding more aircraft to its fleet later every month. By the end of FY2023, Akasa Air will have 18 aircraft and 12 thereafter. 14 aircraft will be inducted every 12 months, which will bring its total order of 72 aircraft delivered over five years. All 72 aircraft are Boeing 737 MAX, powered by CFM fuel efficient, LEAP-1B engines.