Ahead of the monsoon session of Parliament starting July 18, Rajya Sabha Secretary General PC Modi has issued a new bulletin, which states that cooperation of members is expected. 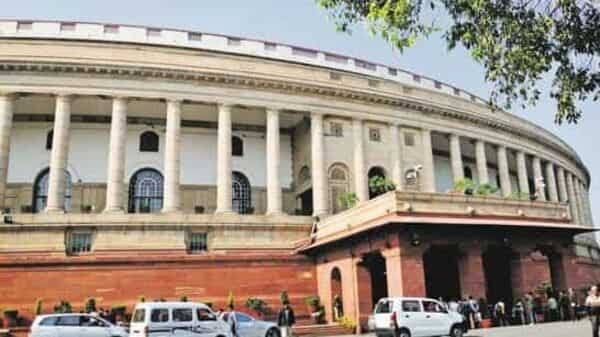 In a new circular of the Rajya Sabha Secretariat, it has been said that no longer demonstrations, protests, dharnas, fasts or religious functions can be organized in the premises of Parliament House. The circular on dharna or protest comes amid the opposition's displeasure over the order banning the use of certain words in Parliament. In such a situation, the main opposition Congress has also criticized it.

"Members may not use the premises of Parliament House for any demonstration, dharna, strike, fast or any religious function," the bulletin said. Has targeted the government by tweeting. Sharing a copy of the circular issued on July 14, he said, "Vishguru's latest advice - D(h)arna (dharna) is forbidden."

Leaders of the opposition have demonstrated inside the Parliament complex in the past. Along with this, he has also protested and fasted near the statue of Mahatma Gandhi inside the campus. The imposition of certain conditions in Parliament has drawn criticism from the opposition, insisting that every expression used by them to describe the way the BJP is ruining India is now unparliamentary has been declared.

However, Lok Sabha Speaker Om Birla on Thursday made it clear that the use of any word has not been banned in Parliament, but will be removed on relevant grounds. He had said that members are free to express their views while maintaining the dignity of the House. A new circular of the Lok Sabha Secretariat on Wednesday said words like 'jumlajeevi', 'child wit', 'Covid spreader', 'snoopgate', even 'embarrassment', 'abuse', 'betrayal', ' The use of words like 'corrupt', 'drama', 'hypocrisy' and 'incompetent' will henceforth be treated as unparliamentary in both Lok Sabha and Rajya Sabha.