Comedian Raju Srivastava's condition remains very critical. He is being treated continuously for 10 days, but no benefit is visible. 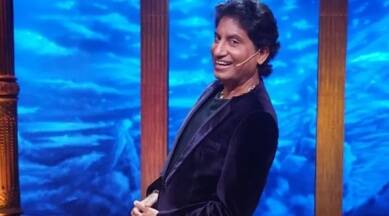 Comedian Raju Srivastava's condition remains very critical. He is being treated continuously for 10 days, but no benefit is visible. On Friday, the AIIMS doctor told that Raju's brain has stopped working. He is on complete oxygen support. Doctors are doing their best. On the other hand, all the family members have reached Delhi AIIMS.

All kinds of news about Raju Srivastava's health is becoming viral on social media. Meanwhile, Raju's wife Shikha said, "My husband's condition is stable. The doctors are doing their job. We have faith in him and Raju Ji is a fighter, he will definitely win this battle. He will win this battle and then another and entertain you all, again. This is my promise to all of you." Shikha has appealed that people stop spreading rumors about her husband's health.

Raju's PRO Garvit Narang said, "The condition is stable. The doctor has controlled the infection in the brain a little. At present all the organs are working fine. The brain is not working yet. There is no movement in the body at all."

Comedian Raju's friend Ehsan Qureshi said, 'Raju is unconscious for the last 25-30 hours. His brain is not responding. After the deteriorating condition, the doctors have said that there is only the support of prayers. We are just praying for his speedy recovery." At the same time, writer Manoj Muntashir said, "Raju Bhai, don't lose heart. Just apply a little more force.'

Raju was admitted to AIIMS Delhi on August 10 after a heart attack. He had an attack while exercising in the gym. Even after 9 days, he has not regained consciousness. He is constantly on ventilator support. He is in a coma-like state. Raju's PRO Garvit Narang said, "He was CT scanned at around 1.30 pm on Wednesday. He was found to have swelling and water in the upper part of his brain. He is having frequent seizures. The doctors are describing his condition as critical.