Raju Srivastava will be cremated at Nigam Bodh Ghat in Delhi

If reports are to be believed, many celebrities are going to reach Raju Srivastava's house for his last visit, after which he will be given farewell with full rituals. 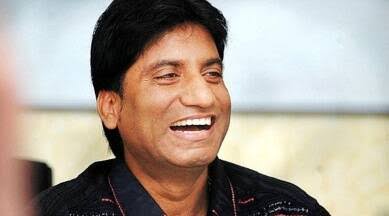 Comedian Raju Srivastava died on Wednesday at around 10.20 am at AIIMS Hospital in Delhi. His family had informed the fans about the demise of the comedian. Let us tell you that after suffering a cardiac arrest on 10 August, Raju was admitted to the hospital, where he was treated for 41 days, but on 21 September he said goodbye to this world fighting for life. His body was taken to his Delhi residence last evening itself. His last rites will be performed at Delhi's Nigambodh Ghat on Thursday. If reports are to be believed, many celebrities are going to reach Raju Srivastava's house for his last visit, after which he will be given farewell with full rituals.

Shekhar Suman is one of the actors who was close to Raju Srivastava. Since Raju's hospitalization, Shekhar was also giving constant updates through social media and was also praying for his health. Shekhar was in touch with Raju's family. Shekhar called Raju's death a national loss.

Raju's observational humour was so unique,so minute,so sharp.His ability to make inanimate objects talk was out of this world.His demise is a National loss.We all prayed and prayed for him but alas God needed him more than us.Good bye Raju,you will stay in our smiles forever!

The list of fans of Raju Srivastava is quite long. Karnataka CM BS Basavaraj also tweeted remembering him. He wrote – We dearest Gajodhar Bhaiya left us with tears.

Deeply saddened by the demise of celebrated comedian Shri #RajuSrivastava. Gajodhar Bhaiya of the Great Indian Laughter Challenge cheered up one & all but this time he has left us in tears.
May his soul rest in peace. May God give his kith & kin the strength to bear this loss. pic.twitter.com/GklmZcjfFr

International sand artist Sudarshan Patnaik has also bid farewell to Raju Srivastava in a unique way. He made a picture of Raju in the sand and wrote – Laughing and crying.

Raju Srivastava's daughter Antara Vishwas is responding to the condolence messages on social media through Instagram. Antara posted by sharing some of the posts in her Insta story.

Archana Puran Singh recalled the moments she spent with Raju at the India's Laughter Champion show. This was the last TV show that Raju appeared in. A few days after this show, he had to be admitted to AIIMS due to cardiac arrest.

Gone too soon.. King of humour, both on stage and off stage. Dear for filling our lives with laughter and joy.

Gone too soon.. King of humour on stage and off stage too. Thank you Dearest #RajuSrivastav for filling our lives with laughter & joy..your legacy will love on. Condolences & prayers to the family and loved ones. Om Shanti pic.twitter.com/qI54VLm75H