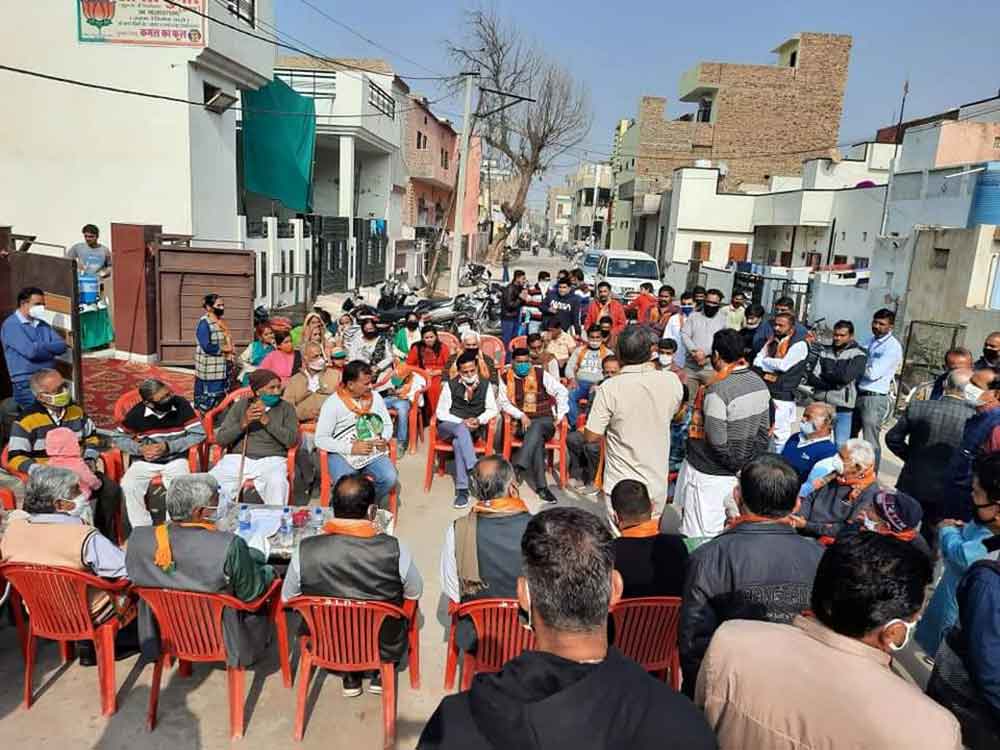 Bhartiya Janata Party, which has been struggling with the farmers’ protest across the country, has got a big boost in the Panchayati Raj elections in Rajasthan.

The unexpected result has provided a big breather for the party to convey to the protesting farmers that their farm policies have strong support in a Congress-ruled state.

Now they are on a strong foot to argue that the farm laws are basically pro-farmers which will benefit them and they have got support from farmers of Rajasthan on this.

It also gives the Party an opportunity to convince other farmers that opposition parties are trying to create misunderstanding and confusion regarding the applicability of the three laws and they should not listen to them.

Panchayati Raj elections were held in 4371 constituencies across the state in Rajasthan. Out of that, BJP has won 1990 while Congress could win 1856 seats.

In Panchayat Samitis and Zila Parishad, the BJP has also done extremely well.

Rajasthan has a total of 33 districts but elections were held for 21 only. In these 21 districts, there are 636 Zila Parishads. Out of that, BJP bagged 353 seats while Congress could manage to win 252 seats only.

It is seen as a big setback and poor performance of the Congress Party which won the assembly elections two years ago. It was expected that the party would do very well in these elections.

Besides, it was also expected that due to farmers' protest, the BJP might not get any support in panchayat elections but the Party has proved it wrong.