Rajasthan: 2-year-old girl rescued from borewell after 7 hours, Had fell into a Borewell while playing outside

A 2-year-old girl who fell in a borewell in Dausa, Rajasthan, was rescued by the NDRF successfully. The incident occurred when the two-year-old girl identified as Ankita fell into a borewell while playing outside her house. 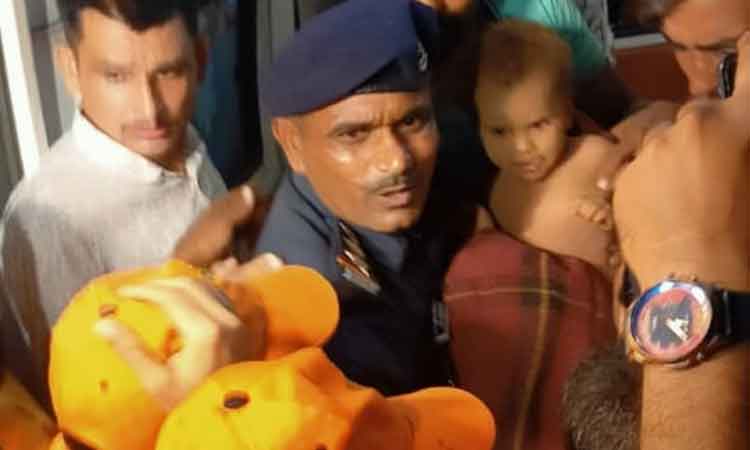 It's Jasapada village near Bandikui, Dausa in Rajasthan. A girl was playing, running, and laughing with her brother. It makes it hard to believe that the same kid was facing life and death 24 hours ago. While the mother was crying helplessly, the father and uncle, who were 800 km away, were repeatedly telling the car driver to drive faster.

A lot changed in 24 hours, but one thing did not change. 2-year-old Ankita's smile. A day before, she was trapped in the borewell 100 feet below the ground, hungry and thirsty, yet she was playing, playing. The daughter did not drink the water, and the mother's throat was drying up. Repeatedly calling - son drink water. Dada Kamal Singh was conveying every update of the rescue operation with the villagers to Ankita's father, hundreds of kilometers away. Grandmother was pleading with God that in any case, the granddaughter should come out safely. When Ankita was taken out of the borewell in the evening, the house and the villagers came to life.

A 5-second video of Ankita was also recorded during the rescue operation. Full of innocence and vivacity, this video teaches that it is better to face any situation with a smile than to panic.

Jasapada village near Bandikui in Dausa district. It was some 11 in the morning. Two-year-old innocent Ankita was playing outside the house with her grandfather Kamal Singh. There was a borewell here, to fill it Kamal Singh was pouring soil in it. Ankita's mother had gone to the temple. When he felt thirsty, Kamal Singh went inside the house to drink water.

When she returned barely a minute later, Ankita was missing. Looked here and there and then as soon as he heard the sound of his crying from the borewell, he was stunned. The villagers were called and brought, and after that, the rescue of Ankita started.

To face this hour of crisis, he made this game a shield in front of death. She kept playing like this for a long time and finally after 7 and a half hours of effort she was pulled out safely. She was still smiling when she came out.

After being taken out, Ankita was taken to the hospital. Throughout the night she remained under the supervision of doctors at the district hospital in Dausa. He was discharged on Friday morning. As soon as he reached home, Grandma Chando first put him on the chest and then took his eyes off her. Grandmother said- My baby girl has come with a new birth, now I will never let it go away from myself.