Large parts of Bengaluru and other cities in South India were under water on Monday after torrential rains lashed the city, causing massive traffic jams. The Indian Meteorological Department has predicted heavy rainfall till September 9 across Karnataka and issued a yellow alert 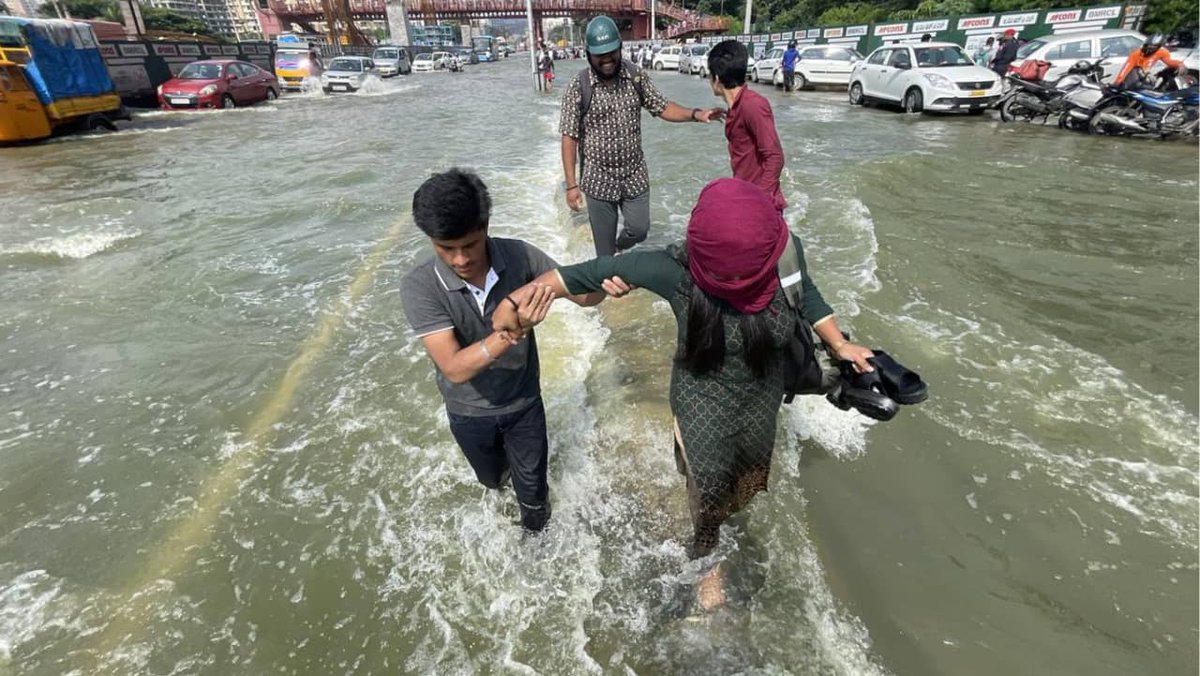 The Meteorological Department has issued a warning of heavy rain in Kerala, Karnataka and Andhra Pradesh till September 8 and 9 on Tuesday. People's lives have come to a standstill in Bengaluru, the capital of Karnataka. Water has been flooded in many areas and boats have come to the fore on the roads. For the first time in Bangalore, which is called Silicon Valley, such a situation has arisen, when IT workers are going to the office on tractors.

The Indian Meteorological Department has predicted heavy rainfall till September 9 across Karnataka and issued a yellow alert.

A 23-year-old girl died on Monday due to heavy rains in Bengaluru. After the scooty slipped on the waterlogged road, he tried to hold the electric pole installed nearby for support, but he lost his life due to electrocution from the pole. The accident happened in the evening in the Whitefield area when the girl was returning from her work.

Electricity and water supply have come to a standstill in Bengaluru due to incessant rains. The outskirts have been flooded. Boats are being used to supply essential goods. The problem of traffic jams has also increased for 2 days.