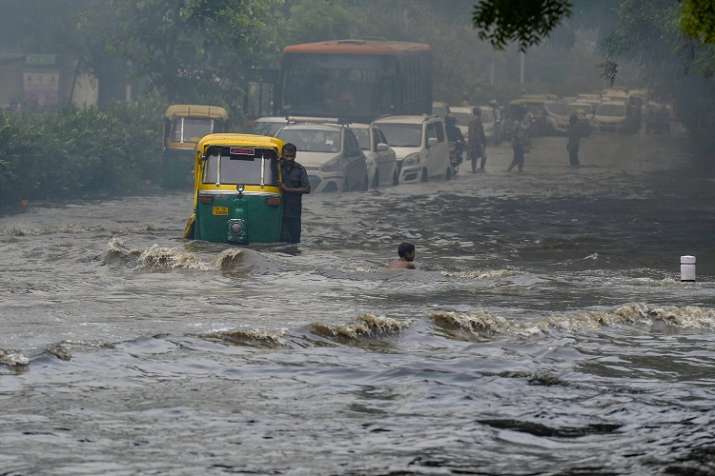 There are many National Highway blocks due to rain for more than the last 48 hours. More than 50 dams are overflowing. 17 gates of Bargi Dam in Jabalpur and 13 of Tawa Dam in Narmadapuram have been opened. Talking about rain, Guna received a maximum of 7 inches, Sagar 6.5 inches, and Jabalpur 6 inches. 10 inches of water has fallen in Bhopal in 24 hours. It has rained 60 inches so far. In 2016, there were 56.58 inches of rain, which is a record. This record may be broken on Monday. Due to the rain, the cruise standing at the Boat Club of Bada Talab in Bhopal is half submerged.

Himachal Pradesh CM Jairam Thakur visited the Gohar area in Mandi district after heavy rain disrupted the area. He said, "The number of those who died has reached 22. In Gohar alone, 8 members of a family died together, which is unfortunate."