Railways continue to lose revenue as Freight operations remain forcibly suspended due to tracks blockages in Punjab. To date, more than 2225 freight rakes could not be operated upon carrying vital commodities. Loss already expected to have Crossed Rs 1200 crore already. 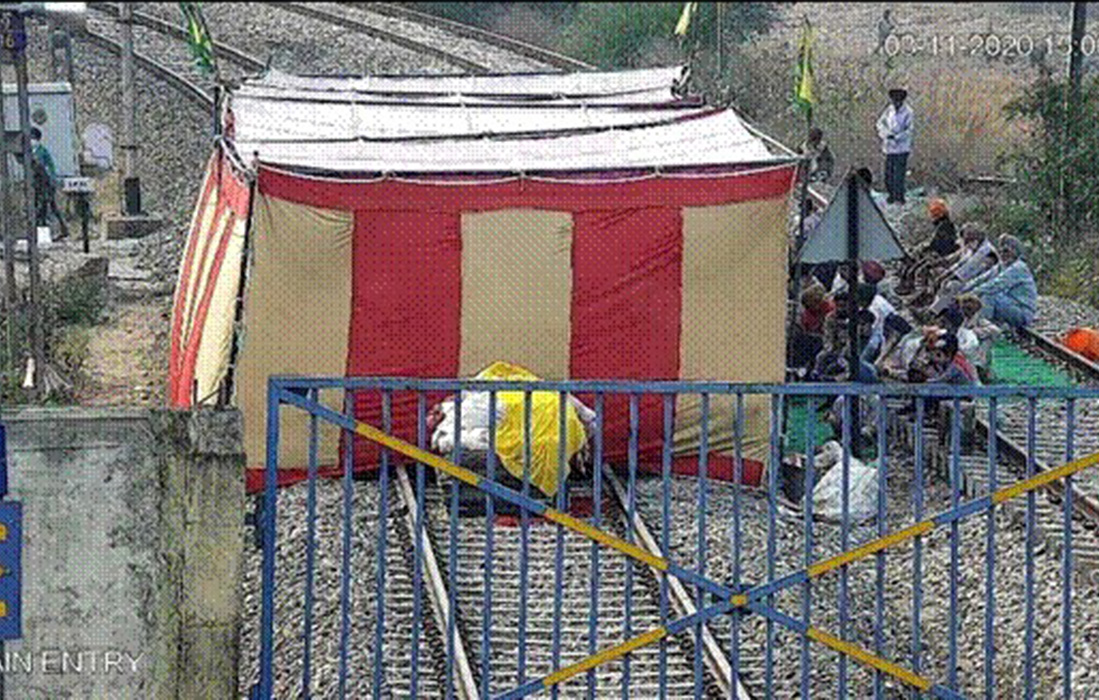 The Ministry of Railways says that it continues to lose revenue as Freight operations remain forcibly suspended due to tracks blockages in Punjab. To date, more than 2225 freight rakes could not be operated upon carrying vital commodities. Loss already expected to have Crossed Rs 1200 crore already.

Agitators have continued dharna at Platforms/near Railway track. Train movement again suspended due to operational and safety considerations as agitators have suddenly stopped some train movements and sporadic blockade continued at various places like especially around Jandiala, Nabha, Talwandi Sabo and Bathinda As per the report at 6:00 am on October 4, the agitation was continuing at total 32 places.

Minister of Railways had written to CM Punjab Government on October 26, 2020, seeking assurance about the safety of tracks and running staff to resume operations.

Due to the continued blockages at sections of tracks in Punjab, there has been a major adverse impact on Freight movement and hence on availability of vital commodities for farm, industrial and infrastructure sectors as well.

All passenger trains passing through the state of Punjab have been adversely impacted too. To date, more than 1350 passenger trains have been cancelled, diverted or short terminated. This has caused tremendous inconvenience to travellers in Covid times.

All inward and outward Goods transportation including essential commodities have been affected adversely in Punjab, J&K, Laddakh and Himachal Pradesh

On September 24, farmers in the Punjab region started blocking railway tracks and stations. From October 1, 2020, onwards, all movements had to be suspended as agitation spread all over Punjab which affected complete train operations in the Firozpur Division, partially in Punjab area of Ambala, Delhi and Bikaner Division.