Rahul Gandhi speaks for the first time on marriage, Says This is The Kind Of Girl He Needs

We walk for an India where no one lives in fear, and everyone finds a better future, Gandhi said. 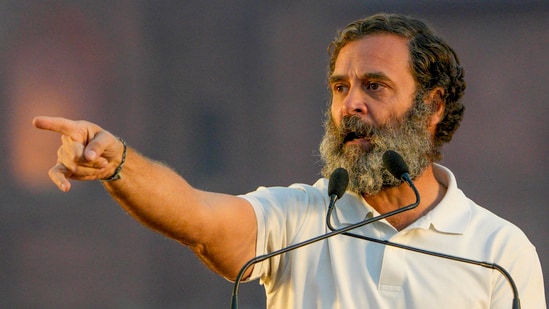 The question of marriage came up during Rahul Gandhi's Bharat Jodo Yatra. The answer was very interesting. Rahul was talking about his grandmother Indira Gandhi during the visit. He said- Indira Gandhi is the love of his life, his second mother.

On this answer, the question was again asked - Do you want to marry such a woman, who has qualities like your grandmother? Do you want such a girl for marriage? On this Rahul said – This is an interesting question. I would like a woman who has the qualities of both my mother and grandmother. that would be nice.

Rahul answered the question of marriage during the Bharat Jodo Yatra in Mumbai. He was giving an interview in the Bombay Journey special episode of the YouTube channel Mashable India. This interview came on YouTube on Tuesday.

He further said, "Those who attack me 24 hours a day, the same people called Indiraji a dumb doll. Then that woman became the Iron Lady. She was always the Iron Lady."