Rahul Gandhi demands withdrawal of new regulations in Lakshadweep, in a letter to PM

He further stated that all this is being done by the new Administrator Praful Khoda Patel in the guise of development and maintaining law and order. 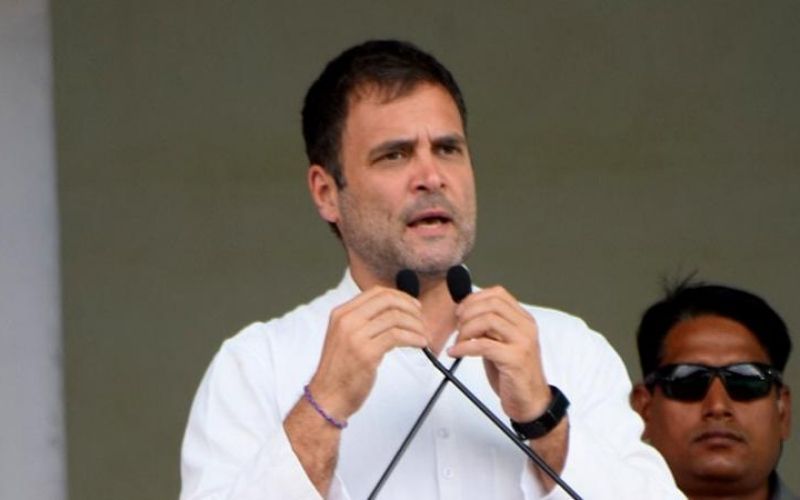 He said that the Administrator's "anti-people policies" are jeopardizing the archipelago's future.

A ban on beef, disqualification of panchayat poll contestants with more than two children, the implementation of an anti-goonda Act, and the formation of an entity with the ability to purchase property for development reasons are among the controversial policies listed by Rahul Gandhi.

“The administrator's efforts to destroy the island's ecological purity may be seen in the newly released draught Lakshadweep Development Authority Regulation. The rules "undermine property ownership protection, reduce environmental laws for specific enterprises, and severely limit legal remedy accessible to those who are harmed," Gandhi added.

“Short-term commercial profits are being traded for livelihood stability and sustainable development,” he continued.

Moreover, Gandhi described the provision in the proposed Panchayat Regulation disqualifying members with more than two children as "blatantly anti-democratic."

“Additionally, proposed amendments to legislation like the Prevention of Anti-Social Activities Regulation, the Lakshadweep Animals Preservation Regulation, and the easing of prohibitions on the sale of alcohol are a calculated attack on the local community's cultural and religious fabric. The move to sever relations with Beypore port jeopardises Kerala's historical and cultural links, he added.

He stated, amid the outbreak, the administration removed fisherfolk buildings, sacked contractual employees in different government offices, and lowered quarantine standards, leading to an increase in Covid-19 cases.

“Draconian policies penalise dissent and undercut grassroots democracy under the pretence of development and preserving peace and order in a low-crime union region. I respectfully urge that you act in this situation and guarantee that the...orders be revoked. The people of Lakshadweep need a development vision that respects their way of life and represents their ambitions," he stated.

Congress has previously demanded immediate removal of the Lakshadweep administrator, claiming that he is not only ruining the islands' tranquilly and culture, but also "harassing" the inhabitants by imposing arbitrary restrictions.

On Wednesday, NCP president Sharad Pawar wrote to Prime Minister Narendra Modi, criticising the Lakshadweep administrator's decision, claiming that it will result in the loss of traditional livelihoods and the island's distinct culture.

In the letter, he stated that the appointment of a new administrator who works closely with people's representatives and has a comprehensive approach to working with local people will be highly appreciated.

In addition to that, as per a letter released by Congress leader Shashi Tharoor on Wednesday stated that, eight members of the Bharatiya Janata Party's youth wing in Lakshadweep have resigned in protest at administrator Praful Khoda Patel's "undemocratic conduct."

Furthermore, several opposition leaders have written to President Ram Nath Kovind appealing that Patel's decisions be reversed or that he be removed from his position, and described Patel's actions as "anti-people and authoritarian." One of the first to publicise the simmering anger in the Union Territory was Kerala-based Congress politician VT Balram, who said it was part of the "Sangh Parivar's goal to transform the islands into another Kashmir."

Also, numerous Kerala leaders have written to the president protesting Patel's changes since taking office in December. They highlighted the traditional ties between Lakshadweep and Kerala.

Kerala Chief Minister Pinarayi Vijayan expressed sympathy with the people of Lakshadweep on Monday. He stated, "The news from Lakshadweep is quite serious. The situation on the island represents a threat to the lives and cultures of the people who live there. Such actions are intolerable.”

The administrator of Daman and Diu, Praful Khoda Patel was assigned the additional duty of Lakshadweep in December of last year. His new regulations have been faced with criticism notably the Prevention of Anti-Social Activities Regulation 2021, the Lakshadweep Animal Preservation Regulation 2021, and the modification of COVID 19 SoPs, which made RT-PCR testing essential for foreigners.