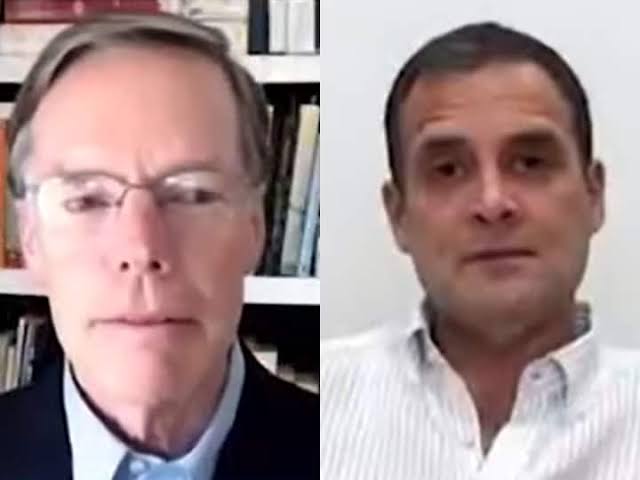 Congress leader Rahul Gandhi’s interaction with Ambassador Nicholas Burns from Harvard Kennedy School is getting rave reviews amongst Indians for making head turning statements for speaking out against the undermining of democratic institutions of India.

The conversation was held on public service, the Congress party, relationship between India and the US and crisis in India among other things.

Gandhi pointed out that due to the unique circumstance of the pandemic ‘connectivity’ amongst fundamental structures was vanishing and power and decision making is quickly converging in the hands of a few. This according to him would push us into a non-democratic paradigm because it provides an easy way out for decision making in the current times.

He commented on the stringent lockdown imposed by the Centre in India initially at the height of the pandemic, “It’s come out now that even the cabinet was not asked even the other institutions were not asked.” He added further, “It’s a style of government and it’s come from a centralization of power and a belief that centralized power understands everything.”

Gandhi also mentioned that the agrarian sector should be rehabilitated but with the help of dialogue with the farmers and other stakeholders. He said, "When we were in the government, we had constant feedback. It amazes me how quickly we got feedback, whether from farmers, businessmen... That feedback loop is shut now. So farmers have no other way,"

While answering one of the questions by the students at Harvard Kennedy school, Rahul commented, “What the BJP-RSS have managed to dominate all India’s institutional structures. The way I like to say there is now only one institution in India and that is the RSS.”

Replying to a question about his priorities in terms of policy proposals if he was the Indian Prime Minister, Gandhi said, "I would move from just a growth-centric idea to a job-centric idea. I would say, we need growth but we are going to do everything to push production and job creation and value addition."

Gandhi also pointed out that the US had remained largely tight-lipped about “what is going on here in India.” He questioned, “If you are saying 'partnership of democracies', what is your view on what is going on here?” adding further he said, “You (USA) have to defend that idea (of democracy).”