The funeral rites of Queen Elizabeth II continue. The private funeral rituals have started. For this, her body has been brought to Windsor Castle. 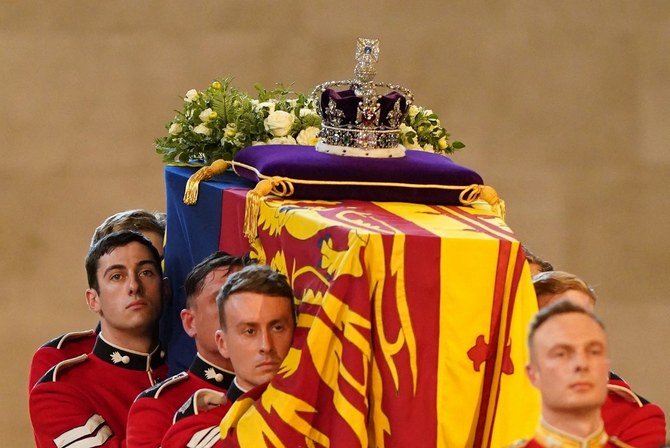 The funeral rites of Queen Elizabeth II continue. The private funeral rituals have started. For this, her body has been brought to Windsor Castle. According to 'The Guardian', the Royal Family has moved out of St George's Chapel. However, all are at Windsor Castle itself. These include King Charles, Camilla, Dean of Windsor, Princess Anne, Prince Edward, Prince Andrew, Prince William, and Harry.

The royal family will return to St. George's Chapel at around 11.30 pm. After this, the last ritual of the last rites i.e. burial will be completed. No video or photo of this ceremony will be revealed. After this, the royal family will leave for their home in different cars. The journey from Westminster Abbey to Windsor Castle is about 40 kilometers. During this, the Royal Family was with them sometimes on foot and sometimes in vehicles. Windsor Castle will have three priors.

The Queen's coffin was safely lowered into the Royal Vault. After this, the royal emblems of the Queen on it, such as the crown and rod, were removed from it. These will be kept in the Tower of London. Later King Charles would use them. Until then the Dean of Windsor will look after these symbols.

Earlier, the Head of the States paid tribute to the Queen at a state funeral. These included India's President Draupadi Murmu and US President Joe Biden. Prince Harry, the son of King Charles, who has renounced the status of a member of the royal family, did not salute Queen Elizabeth's coffin, which has become the talk of the town.