After the funeral of Queen Elizabeth, 11 days of national mourning will end in Britain. During this the world saw the mourning of the people of the royal family. 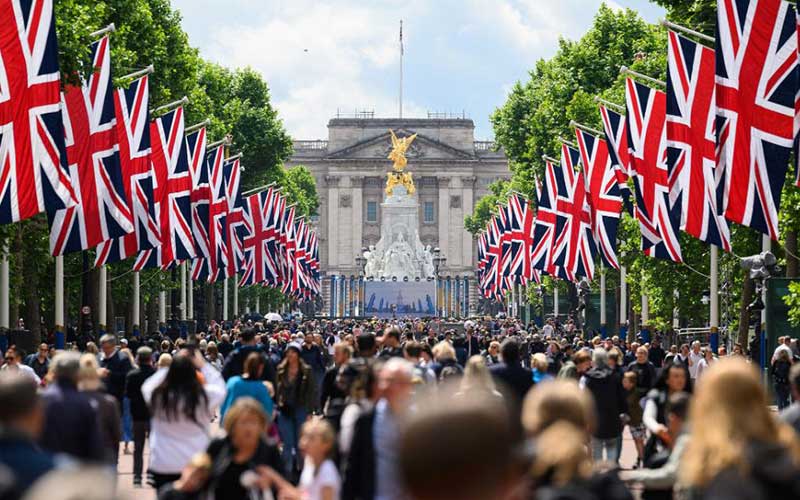 After the funeral of Queen Elizabeth, 11 days of national mourning will end in Britain. During this the world saw the mourning of the people of the royal family.

During this, 2000 people including US President Joe Biden to Japan's King Naruhito were present at Westminster Abbey. Westminster has 1000 years of history from royal coronation, weddings to funerals.

Millions of people around the world watched the Queen's funeral on TV. This showed people's respect and love for the last "Global Queen". The Queen's coffin was brought and carried on the same cannon carriage that was used for Queen Victoria's funeral.

When the body of the Queen wrapped in the British flag passed through the streets in a coffin, a large number of people were seen on both sides of the streets.

During this, the Queen's eldest son and his successor King Charles III appeared in military uniform. Some 6000 military officers took part in the proceedings during this time. In this, the highest rank officers of the British Army were also involved. Women came wearing black clothes and caps while men remained in black coats. Serving members of the royal family traditionally wore military uniforms while non-serving men wore coats as seen last year at the funeral of the Queen's husband, Prince Philip. At Queen Elizabeth II's funeral, the Archbishop of Canterbury said that few politicians get as much love as we have seen for the late Queen.

Queen Elizabeth's great-grandson George and her great-granddaughter Charlotte also attended the Queen's funeral. On Monday, he followed his great-grandmother's coffin with members of the royal family at Westminster Abbey.