When asked if the growing proximity between Russia and China will have an influence on Indo-Russian security and defence cooperation, Putin said the two countries' relations are expanding quickly and successfully which has been founded on "trust". 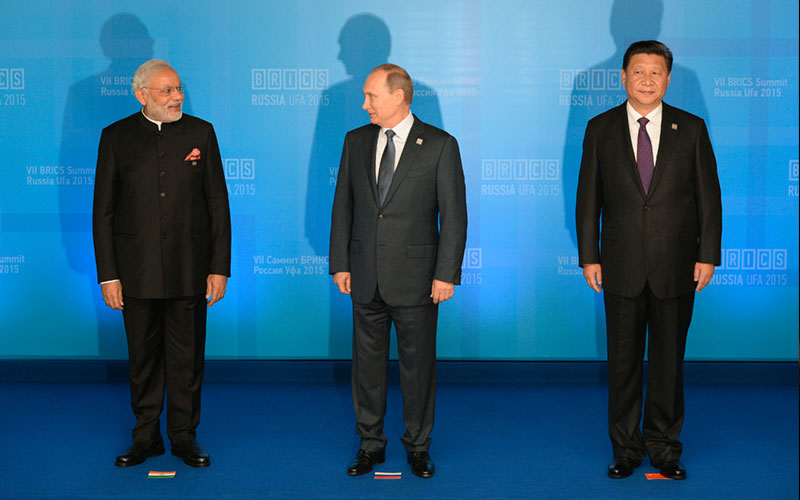 On Saturday, Russian President Vladimir Putin said that both Prime Minister Narendra Modi and Chinese President Xi Jinping are "responsible" leaders who are capable of resolving disputes between the two nations, and that no "extra-regional power" should intervene in the discussion.

In answer to a query on Moscow's position on the Quad group and India's involvement in the grouping, Russian President Vladimir Putin made a veiled allusion to China's contention that the grouping is intended to curb Beijing's dominance in the critical Indo-Pacific area.

Despite Russia's public criticism of the Quad, the grouping consisting of India, the United States, Japan, and Australia, Putin stated that while it was not up to Moscow to determine how any country should engage in an initiative or to what degree they should develop relations with other nations, a partnership should not be designed to make allies based on conflict with one nation.

When asked about Russian Foreign Minister Sergey Lavrov's critique of the Quad as "Asian NATO" and his thoughts on India's membership in the organisation, Putin said, “We are not participating in the quad, it is not my place to give my assessment to any other country participating in any initiative... I only believe that any partnership between countries should be aimed at making friends against anyone, No.”

Putin acknowledged the issues between India and China; however, he expresses those issues between neighbouring nations was a common phenomenon. He said, “These (Modi and Xi Jinping) are very responsible people, and they earnestly treat one another with utmost respect and I believe that they will always arrive at a solution to any issue that they might face.”

He emphasized, “But it is important that no other extra-regional power is interfering with that.”

When asked if the growing proximity between Russia and China will have an influence on Indo-Russian security and defence cooperation, Putin said the two countries' relations are expanding quickly and successfully which has been founded on "trust".

He also stated that there were no "contradictions" in Russia's relationship with India and Moscow-Beijing ties.

Putin asserted, “We highly appreciate such a high level of cooperation with our Indian friends. These relations are of a strategic nature.” He further added, “In defence, and I am not just talking about purchase of Russian arms. We have very deep profound relations with India based on trust.”