According to the information, on the night of December 17, the jawans posted at BOP Chandu Badala fired 40 fire and illuminator bombs at the Pakistani drone entering the Indian territory. 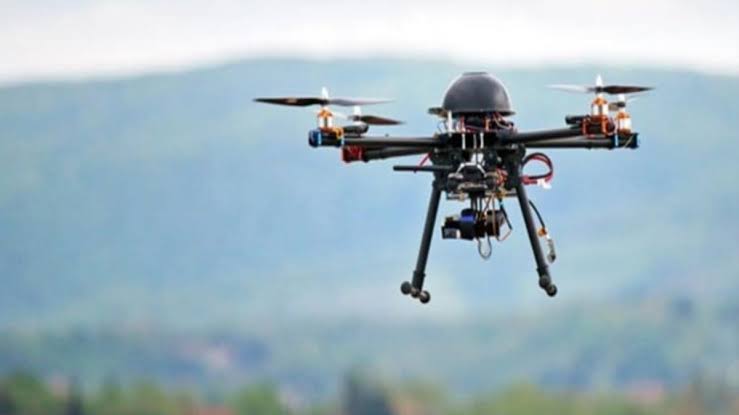 The Border Security Force (BSF) has once again destroyed the nefarious designs of Pakistan. A Pakistani drone was spotted over Indian territory at a height of 250 meters at BSF's Chandu Wadala post in Dera Baba Nanak, Gurdaspur district. After firing by the jawans, the drone went back towards Pakistan. After this, a search operation was conducted in the concerned area by the BSF and the police.

According to the information, on the night of December 17, the jawans posted at BOP Chandu Badala fired 40 fire and illuminator bombs at the Pakistani drone entering the Indian territory. DIG Prabhakar Joshi told that a search operation is being conducted in the concerned area. He said that BSF jawans are performing their duty with promptness to destroy the designs of anti-national forces.

BSF fired 6 bullets at the drone returning to Pakistan. After this, during a joint search operation of police and BSF, a bag was recovered from the field of border village Bareka. Three packets of heroin were found in it weighing 650 grams. Please tell that this incident is of village Bareka located in Fazilka of Abohar sector of BSF.

On December 15, the drone was returning from Pakistan to throw heroin packets in the fields of the border village of Bareka. On hearing the sound of the drone, the BSF jawans on patrol started firing on it. But the drone managed to return. BSF informed the police about this in the night itself and in the night itself BSF and police conducted a joint search operation.