The entire economy of Punjab is dependent on agriculture. Despite this, the previous governments completely failed to improve it. But for the first time in the history of Punjab, the Mann government issued MSP on the purchase of moong. 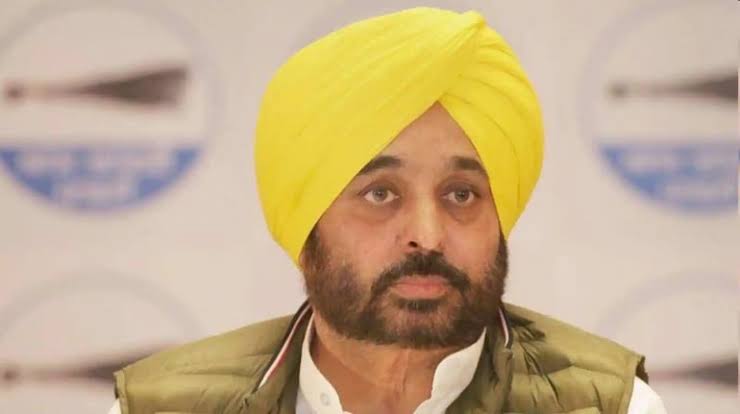 The Aam Aadmi Party (AAP) presented the report card of six months of its government in front of the people of Punjab. AAP Punjab's chief spokesperson Malvinder Singh Kang said that the previous governments only fooled the public and filled their coffers with tax money. But the Aam Aadmi Party government under the leadership of Chief Minister Bhagwant Mann is fulfilling all its promises. In just six months of the formation of the government, Mann Sarkar has taken many historic decisions in the interest of the public. He said this while addressing a press conference at the party headquarters on Saturday. On this occasion, AAP's spokesperson Jagtar Singh Sanghera and Govinder Mittal were also present.

Kang asked the Congress and the Akali Dal to prove whether their governments had done more work than the AAP government in the first six months. He said, "I challenge Congress leader Pratap Singh Bajwa and Shiromani Akali Dal chief Sukhbir Singh Badal to point out any major work done within six months of government formation during their decades-old rule." He said that the Congress and Akali Dal governments have only looted the people. The leaders of both the parties are stunned by the clean work of the 'AAP' government, so they are trying to defame the Mann government by making false allegations.

Referring to the AAP government's public welfare works, Kang said the Mann government has given 20,000 jobs and regularized 9,000 contractual employees as per its election promise. He said that Punjab is an agricultural state. The entire economy of Punjab is dependent on agriculture. Despite this, the previous governments completely failed to improve it. But for the first time in the history of Punjab, the Mann government issued MSP on the purchase of moong.

He said that in order to save the water and soil fertility of Punjab, the Punjab government is giving an incentive amount of Rs 1500 to the farmers. The government also approved the pending compensation of cotton farmers of Malwa region from 2020 onwards. At the same time, the long pending dues of sugarcane farmers have also been cleared and the properties of defaulter sugar mills are being attached and auctioned.

Kang said that earlier farmers were charged Rs 5000 per horse power but the Mann government halved it to give economic relief to the farmers and is giving 600 units of free electricity to Punjabis. This time around 80 percent of the households have got zero bills. Similarly, Punjab Roadways has always been in loss. The fleet of private transporters continued to grow, but Punjab Roadways went into loss. Now he is in profit. Volvo bus for Delhi airport has also been started by the government for NRIs.