A rather magnificent sprint. Today, a well-appointed train of white sahibs came a considerable distance to serve the population. 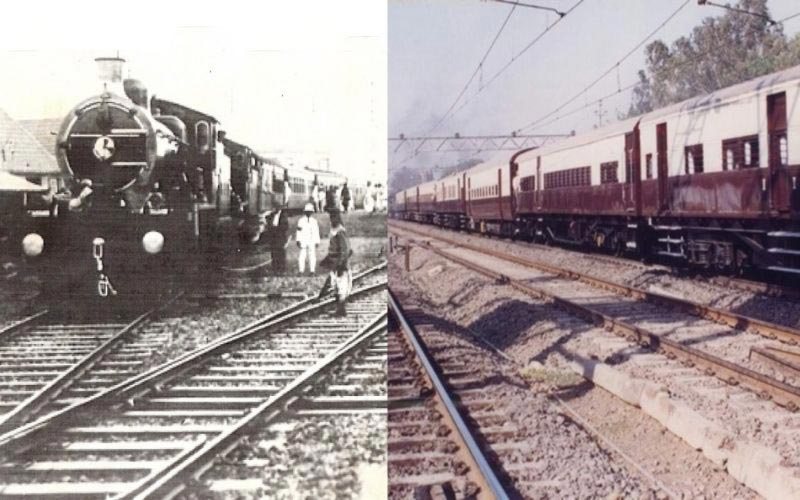 Punjab Mail, India's oldest running passenger train, has completed 109 years and is now into its 110th year. Though passenger rail services were stopped from 22nd March 2020 to 1 May last year due to the Covid lockdown, they were gradually resumed as special trains when the lockdown was lifted. Notably, the Punjab Mail Special, on the other hand, began its voyage with LHB coaches on December 1st of last year.

However, the origins of the Bombay to Peshawar Punjab Mail are uncertain. It has been believed that Punjab Mail made its inaugural journey out of Ballard Pier Mole station on 1st June 1912, based on a Cost Estimate report from 1911 and a complaint from an upset customer from 12th October 1912 regarding 'late arrival of the train only by a few minutes in Delhi.'

Ballard Pier Mole station served as a centre for services operated by the Great Indian Peninsula Railway (GIPR). To begin with, there were the P&O steamers bringing in the mail and the Officers of the Raj on their first assignment in Colonial India, accompanied by their spouses. The journey from Southampton to Bombay took thirteen days via boat. The British officials would simply disembark and board one of the trains going for Madras, Calcutta, or Delhi, since they had combined tickets for their cruise to Bombay and their inland excursion by railway to their area of assignment.

The Punjab Mail had a capacity to load 96 passengers back in the day, with six carriages - three for passengers and three for postal supplies and mail. All of the sparkling coaches had first-class twin bed cabins and were corridor carriages. The carriages, which catered to the upper-class nobles, were quite well-equipped, with lavatories, bathrooms, a restaurant car, and a compartment for baggage and the white sahibs' servants.

Before the partition, the Punjab Limited was British India's fastest train. The Punjab Limited's route mostly followed the GIP route, travelling via Itarsi, Agra, Delhi, and Lahore before arriving at Peshawar Cantonment.

The electrically hauled train that started originating and terminating at Bombay VT (now Chhatrapati Shivaji Maharaj Terminus Mumbai) in 1914, takes 34 hours and 15 minutes to cover the 1,930 km distance between Mumbai and Firozpur Cantonment.

Begun as a service for upper-class white sahibs, the Punjab Mail eventually expanded to welcome the lower classes. By the mid-1930s, third-class vehicles had begun to arrive on the Punjab Mail.

Despite as many as eighteen intermediate stops, the trip duration was lowered to 27 hours and 10 minutes in the early 1920s. The journey duration was increased to 29 hours in 1972. However, in 2011, the Punjab Mail arrived at 55 intermediate stations.

In 1968, the train was dieselized all the way to Jhansi, and its capacity was increased from 12 to 15 cars. Dieselization was then expanded from Jhansi to New Delhi, and then to Firozpur by 1976. At Jhansi, two more coaches were appointed, bringing the total number of coaches to 18. And, in the late 1970s/early 1980s, WCAM/1 dual current locomotive to run the Punjab Mail on electric propulsion up to Bhusaval with the conversion from DC to AC traction at Igatpuri.

The 1,930 kilometres between Mumbai and Firozpur Cantonment is covered in 34 hours and 15 minutes by the Punjab Mail. The train is powered by electricity, with the addition of a pantry car replacing the position of the restaurant car.