Punjab Minister Vijay Singla has been arrested by Anti-Corruption Branch. He was sacked by CM Bhagwant Mann following corruption allegations against him. 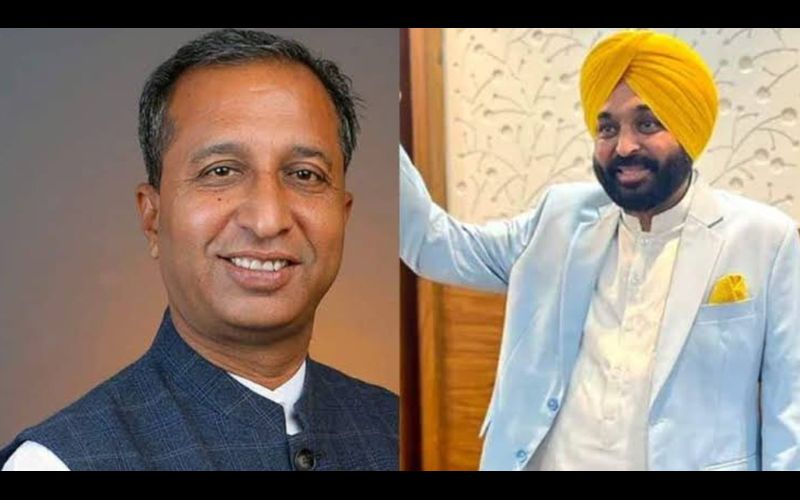 Punjab’s Health Minister, Vijay Singla, has been named as an accused in a Corruption Case following which, he has been sacked by the Punjab Chief Minister Bhagwant Mann. What comes as an astonishing fact is that Singla, in a past speech, had mentioned that he would never tolerate even a fragment of corruption. According to the sources, he was demanding a 1% commission from officials for contracts, and Concrete pieces of evidence have been found against him.

Mann said, “A case had come to my knowledge, a minister of my govt was demanding a 1% commission for every tender. I took it very seriously. Nobody knew about it, had I wanted it I could have brushed it under the carpet. But I would have broken the trust of people who trusted me.”

He further added, “I'm taking strict action against that minister, sacking him from cabinet directing the Police to register a case against him. That Minister is Vijay Singla. He had indulged in corruption in his dept, he also confessed to it. AAP has a zero-tolerance policy against corruption.”

After his dismissal from the Party, the Anti Corruption Wing of Punjab Police registered a case against Singla and arrested him. He was questioned by senior officers at the Phase-8 police station in Mohali. Singla was then produced in the Mohali court. The court sent him on 3 days police remand till 27 May. During this, while talking to the media, the dismissed Health Minister Dr. Vijay Singla said that this is a conspiracy to defame him, the party, and the AAP government. Meanwhile, on Tuesday evening, the police also arrested Pradeep Kumar, OSD of Dr. Vijay Singla.

The complaint of Singla's corruption had reached CM Bhagwant Mann. He got it investigated secretly. The officers were interrogated, then Minister Singla was summoned. The minister accepted the mistake, after which he was sacked. Here, Delhi Chief Minister and AAP convener Arvind Kejriwal have praised CM Bhagwant Mann and said that he is proud of this decision.

The Vigilance Wing of Punjab Police has registered a case against Minister Singla. According to this, the minister and his close friends had demanded a 1% commission in the tender. The officer complained about this to CM Bhagwant Mann. Information about this reached CM Mann on 14 May. After this Mann took the officer into confidence. Recording of asking for the commission was done. In which the recording of the minister and his close friends demanding commission was done. After which, calling the minister, Mann placed this evidence in front of him and the minister accepted the mistake.