After a video of a 10-year-old boy selling socks on the streets of Ludhiana to help his family went viral, Punjab Chief Minister Captain Amarinder Singh made a video call to the boy on Saturday and announced Rs 2 lakh in assistance for his family. 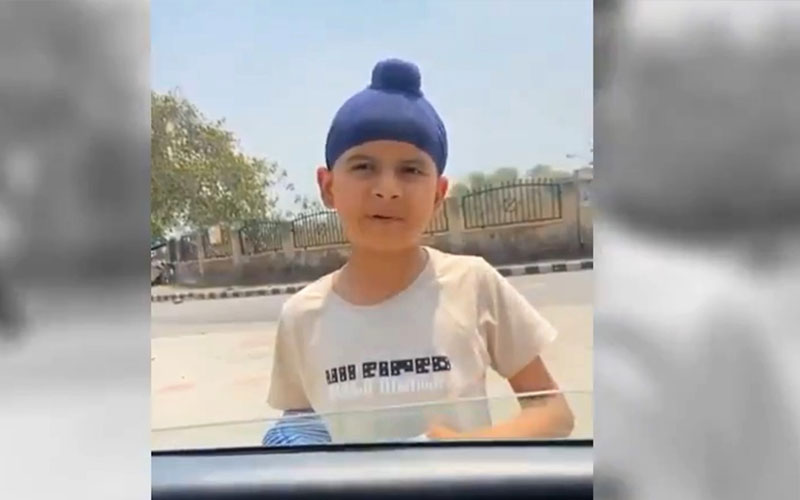 After seeing a video of a 10-year-old school dropout selling socks at a traffic crossing in Ludhiana on Saturday morning, Punjab Chief Minister Amarinder Singh offered financial assistance of Rs 2 lakh to the boy's family.

The Chief Minister was moved by the widely shared video of 10-year-old Vansh Singh, leading him to meet with officials concerned about ensuring the boy's ability to continue his studies and return to his school.

Vansh, a class 2 dropout, supported his family by selling socks on the streets.

Spoke on phone to young Vansh Singh, aged 10, a Class II dropout who’s video I saw selling socks at traffic crossing in Ludhiana. Have asked the DC to ensure he rejoins his school. Also announced an immediate financial assistance of Rs 2 lakhs to his family. pic.twitter.com/pnTdnftCDo

Captain Amarinder Singh wrote in a tweet: "I spoke with 10-year-old Vansh Singh, a Class II drop out whose video I saw selling socks at a Ludhiana traffic crossing on phone. I've asked the DC to see to it that he returns to his old school. In addition, he declared immediate financial assistance to his family in the amount of Rs. 2 lakh."

The boy is seen selling socks at traffic crossings and refusing to accept money that is greater than the cost of the socks. It then cuts to a man in a car, who is recording a conversation with a young boy on the side of the road about his education.

A video call between the Chief Minister and Vansh is captured in the second half of the clip.

Captain Amarinder Singh, in the phone call, tells the boy that he will look after his family and other expenses but advises him to concentrate on his studies. Mr Singh tells Vansh in Punjabi, "Don't worry, I'll ask the deputy commissioner to ensure your return to school, and I'll assist your family."

Many Twitter users appreciated the boy's integrity and his refusal to accept money in order to defend his honour. The Chief Minister's action was also lauded by the public.