Punjab: A clash broke out between two groups near Kali Devi Mandir in Patiala today.

In Punjab's Patiala, a clash broke out between the two groups near Kali Mandir earlier today. One group has been identified as Shiv Sena while the other is a Sikh Group with pro-Khalistan ideologies. 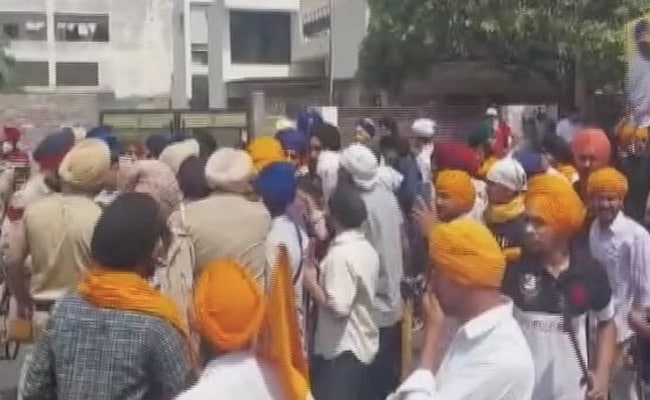 In Punjab's Patiala, a clash broke out between the two groups near Kali Mandir earlier today. The Police Personnel were deployed then and there to control the situation. As per the Police, one of the two groups involved in the clash had been Shiv Sena. The Police are still trying to investigate the entire matter. Chief Minister Bhagwant Mann called the incident unfortunate and vowed his government will not let anyone create disturbance in the state.

As per our sources, the clashes broke out after the procession held by Shiv Sena came face to face with a Sikh Group, which was an ardent believer of Khalistan ideologies.

On the matter, the DSP said that "Seeing the problem of law and order here, police have been deployed. We are speaking with Shiv Sena's (one of the two groups) chief Harish Singla as they don't have any permission for the march."

The Chief Minister of Punjab, Bhagwant Mann said that "The incident of clashes in Patiala is deeply unfortunate. I spoke with DGP, peace has been restored in the area. We're closely monitoring the situation & won't let anyone create disturbance in the State. Punjab’s peace and harmony is of utmost importance.