On Friday itself, 163 Palestinians were wounded, out of which 88 were hospitalised, in the attack which had stared without any provocation or reason 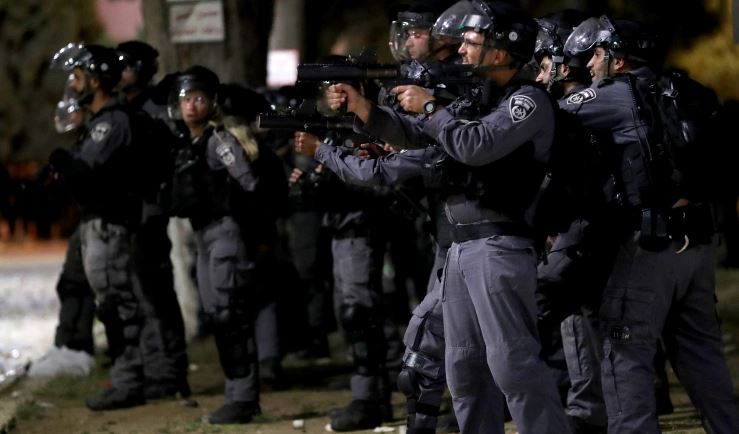 On the day of Juma-tul-vida (the last Friday of the holy month of Ramzan), a provocative attack by Israeli occupation security forces broke out at the Masjid-e-al-Aqsa at Jerusalem, the World’s third holiest place for the Muslims. The Mosque is also revered by Jews, as the site of two biblical-era temples.

On Friday itself, 163 Palestinians were wounded, out of which 88 were hospitalised, in the attack which had stared without any provocation or reason.

This strategically-planned intrusion, as the attack is being hailed, started after around tens of thousands of Muslims gathered at the mosque for the Friday noon-prayers, but some stayed well back into the night praying. As the case is in most Palestinian congregations they voiced their displeasure on annexing of Jerusalem by Israel and the recent cases of illegal occupation of private property by Israeli settlers in Shiekh Jarrah and Silwan neighbourhoods. This rather mild voicing of their rights was summed as a provocation by the Israeli forces.

This news that has been shocking the rest of the world did not make headlines in India except in alternate media spaces. Maybe, it has to do with the new Indian government’s stance of wanting to side with Muslim-hating Israeli-political forces which are trying to form a government, more than with any other reason.

Benjamin Netanyahu the caretaker incumbent Prime Minister, who is considered centre-right and an out-and-out Palestinian-hater has been trying hard to form a government for the more than the last two years. The most recent of elections (third in a period of one and half years) also could not form a majority and the government was dissolved on 23rd December 2020 after which fresh elections were announced which are to take place in 2021. The provocative unilateral action seems to have been enacted to engineer a more polarised electorate which will benefit the Likud Party.

These actions may resonate with most Indians who see such actions, of polarising the majority-religion votes, by the right-wing forces in India just before or during elections. The Likud Party helmed by Benjamin Netanyahu seems to have borrowed a time-tested policy by the Narendra Modi-led Bhartiya Janata Party. There has been an increase in the bonhomie of the two political leaders in the recent past, which might have been the reason of this most recent unprovoked military action on the hapless teeming Muslims.

Keeping the above in mind, the well-planned action has also been with another reason that of spoiling the biggest Muslim festival of Eid-ul-Fitr across the region. Arabs feel Palestinians as a part of themselves and this action will definitely dampen the celebrations across the Arabian peninsula.

The background of this action also lies in the wake of illegal Israeli settlers trying to evict local Palestinians out of their private residences in Shiekh Jarrah and Silwan neighbourhoods of East Jerusalem. Palestinians were trying to voice their concern in the holy city and in the occupied West Bank for well over a week. Israel had earlier laid restrictions on access to parts of the Old City, and that too during the Muslim holy month of Ramzan, and after Israel ordered several Palestinian families to leave their homes to make way for illegal Israeli settlers.

The Israeli security fired rubber-coated metal bullets, noise-bombs and stun grenades at the hapless crowds in Islam’s third-holiest site. The injured even included a one-year old child among the 88 hospitalised, most with head and upper body injuries. The Palestinian Red Crescent said it had opened a field hospital because emergency rooms were full.

The United Nations has warned the forced evictions could amount to “war crimes” and the U.S. called for “de-escalation”, later adding that the violence was “especially disturbing now, coming as it does on the last days of Ramzan”.

Friday’s unrest came on Al-Quds Day, an annual day of pro-Palestinian rallies held by most Muslim majority nations, including Pakistan, Iran and other Arab nations.

Palestinian President Mahmud Abbas said he held the Israeli government “responsible” for the unrest and voiced “full support for our heroes in Aqsa”.

International observers urged calm, with UN envoy Tor Vennesland tweeting his concern, and urging all parties to “respect the status quo of holy sites in Jerusalem’s Old City in the interest of peace & stability”.