The festival of Diwali (Diwali 2022) is being celebrated in the country today. Prime Minister Narendra Modi reached Kargil on this occasion. Here PM Modi will celebrate Diwali with the soldiers. 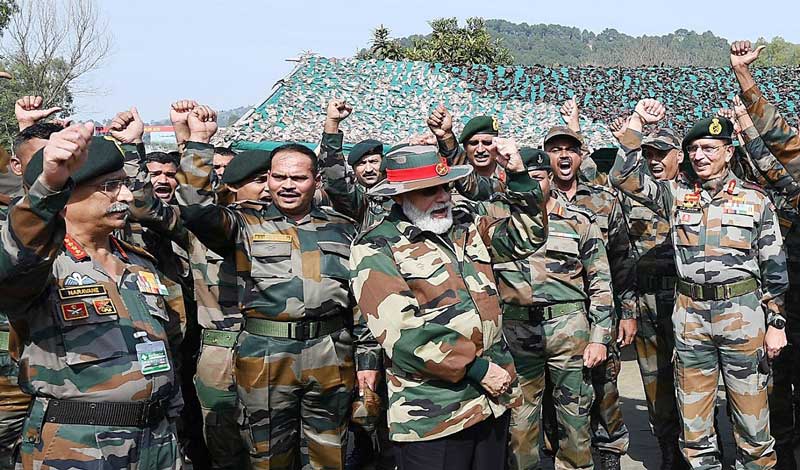 PM Modi tweeted and wrote that this festival of light brings happiness and good health in everyone's life. At the same time, due to increase in air pollution, haze is visible in the capital Delhi. The Air Quality Index (AQI) is 276 in the poor category. In view of Cyclone Sitarang, IMD has issued an advisory for October 24 and 25. According to the IMD, offshore activities in the North Bay of Bengal have been suspended till October 25.

PM Modi took part in Deepotsav in Ayodhya on Sunday. About 16 lakh diyas were lit here. Modi also offered prayers to Lord Ramlala before Deepotsav. As soon as he reached Ayodhya, he first saw Ramlala and then saw the progress of construction of Ram temple. He coronated Lord Shri Ram, who returned from the forest, in a program organized at Ramkatha Park. He described Ayodhya as a reflection of the great culture of India.