India gears up to widen its coverage beyond the 1.15 Crore Healthcare and Frontline Workers immunised 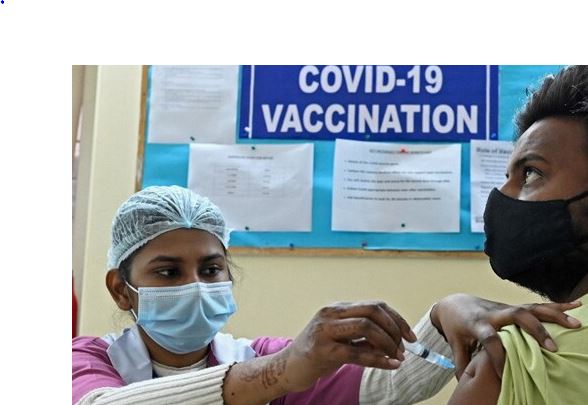 Price Cap for Corona Virus vaccine immunisation has been set at Rs 250 per shot at private hospitals and health centres, said a communique issued by the the Health Ministry today.

After the campaign expands tomorrow, the government today said it will let people choose their coronavirus vaccination centres. The vaccination had been halted during the weekend for software upgradation which will be used to coordinate the campaign.

The government is preparing to widen its coverage beyond the 1.15 crore healthcare and front-line workers immunised since January 16.

Even though the process had started on 16th January, the campaign has progressed slower than expected due to a reluctance of initial beneficiaries to take the home-grown COVAXIN vaccine that was approved without late-stage efficacy data. At last count, only 11 per cent of them have opted for the product developed by Bharat Biotech and Indian Council of Medical Research.

India wants to vaccinate 30 crore of its population by August. The decision to give people a choice to choose centres, is being envisaged with the aim of speeding up the roll-out.

"The fundamental shift in this phase is that citizens in the identified age groups, as also those healthcare and frontline workers who have been missed out or left out of the present phase of vaccination, can select vaccination centres of their choice," the Ministry of Health and Family Welfare said in a statement.

Starting from Monday, India will start covering people aged 60 and those over 45 with comorbidities. Those who want can register through the government's CoWIN 2.0 portal or walk into the vaccination centres; states will also actively mobilise people for the immunisation.

Apart from the present two, more vaccines are likely to be approved for use in the world's second most populous country in coming months, including Russia's Sputnik-V and Cadila Healthcare's ZyCov-D.