President of Chad killed in a rebel fight, passes away at 68 years of age

Owing to the distant area of the battle, the details of Deby's death could not be independently verified right away 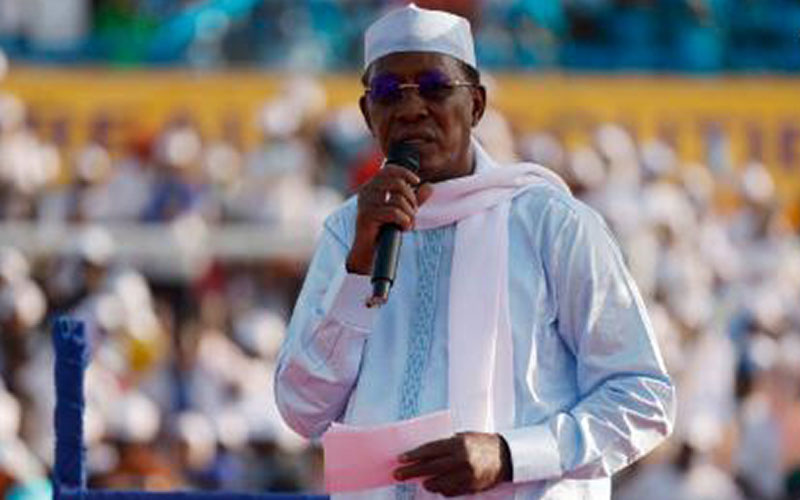 A Chad army's spokesperson said on Tuesday that Chad's President IdrissDeby died while visiting troops on the frontlines of a war against northern rebels, the news comes just a day after he was proclaimed the winner of a presidential election in the country.

The statement which was read out on state television said that PresidentDéby "breathed his last defending the sovereign nation on the battlefield".

According to a BBC report on election day, rebels from a faction known as Fact (the Front for Change and Concord in Chad) assaulted a border post. They were on their way to N'Djamena, the capital, which was some hundred kilometres to the south.

Owing to the distant area of the battle, the details of Deby's death could not be independently verified right away.

The military announced an 18-month transitional council headed by Deby's son 37-year-old, Mahamat IdrissDebyItno, as well as a night-time curfew of 6 p.m.

IdrissDebyItno, who governed the central African country of Chad for a period of more than three decades, first rose to power in 1990 when his rebel forces ousted then-President HisseneHabre, who wasat an international tribunal in Senegal accused of human rights violations and abuse.

President Deby had endured many violent rebellions over the years and remained in power until this most recent uprising led by the Front for Change and Concord in Chad. He was a crucial French ally in Africa's fight against Islamic extremism in the region, he was responsible for hosting the French military's Operation Barkhane and supplying vital troops to the Peacekeeping missions in northern Mali.