President Election: 'I will not allow CAA to be implemented if I become President', says Yashwant Sinha

Opposition Presidential candidate Yashwant Sinha said, "If elected president, I will ensure CAA is not implemented 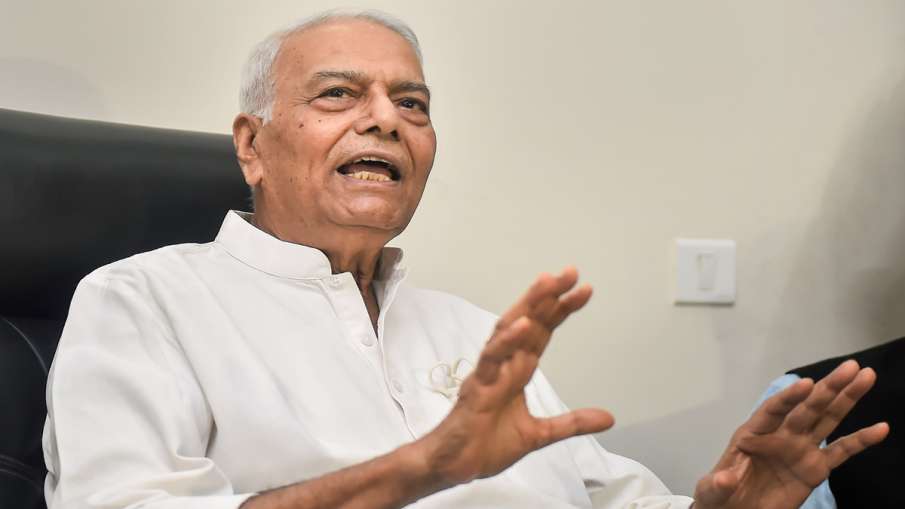 Opposition presidential candidate Yashwant Sinha on Wednesday said that if elected, he will ensure that the Citizenship Amendment Act (CAA) is not implemented. Sinha, while interacting with the MPs and MLAs of Assam, said that the Bharatiya Janata Party (BJP)-led central government is yet to implement the CAA as its draft was "stupidly drafted" in a hurry. "Citizenship is a big issue for Assam and the government wants to bring a law across the country but has not been able to do so yet," he said.

The former Union minister said, "Earlier the government gave the excuse of the Covid-19 pandemic, but still they have not been able to implement it because it is a foolishly prepared act in a hurry." Sinha said that the Constitution of the country is under threat not from outside forces but from those in power. Yashwant Sinha said, "We have to save the Constitution of the country. If I am elected President, I will ensure that CAA is not implemented." Sinha is currently on a state visit to seek the support of MLAs and MPs of Assam in view of the presidential elections to be held on July 18.

NDA candidate for President Draupadi Murmu had last week visited Assam to campaign and met MPs and MLAs of the ruling BJP and its allies Asom Gana Parishad and United People's Party Liberal to seek support.

Earlier on Tuesday, Sinha had said that the country does not need a "silent President" but a person who can exercise his moral values ​​and conscience. Sinha made the remarks while accusing the BJP-led central government of misusing central agencies against its political rivals. He said that if he is elected, he will stop the misuse of central agencies like the Enforcement Directorate (ED), the Central Bureau of Investigation (CBI), and the Income Tax Department. Sinha said that he has spent 60 years in administration and public life. "In these 60 years, I have never seen such terror of government agencies as I am seeing now," he said.