West Bengal Chief Minister Mamata Banerjee has called this meeting in which the top leadership of CPI(M) and CPI will not attend. 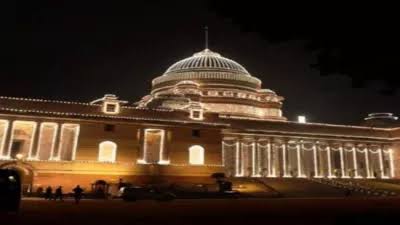 The opposition has started brainstorming regarding the presidential election. All the opposition parties together want to field a joint candidate. Earlier, the name of Nationalist Congress Party chief Sharad Pawar was running for this but it is reported that he has refused to contest the elections. There will be a meeting of opposition parties in Delhi on Wednesday in which a strategy can be prepared in this regard.

Before the meeting, Mamta met NCP leader Sharad Pawar on Tuesday and discussed the strategy related to the presidential election. Sharad Pawar made it clear in this meeting that he is not ready to be the joint candidate of the opposition. On the other hand, the Congress and the Left parties have decided to join it to prevent any split in the opposition camp, despite being uneasy about the meeting called by Didi as part of the exercise to hold the reins of the opposition.

Despite taking the lead in declaring the meeting of opposition leaders on the Presidential election, the information about the absence of many top leaders and Chief Ministers of the opposition has made Didi restless. That is why as soon as she reached Delhi, Mamta first reached Pawar's house to meet him. The picture was shared by Pawar himself on Twitter. According to sources, during this, Pawar also made it clear to Mamata that he was not willing to be the joint candidate of the opposition. Everyone has to come together to agree on a new candidate.