IMD has said in the latest forecast that there may be rain or thundershowers in Delhi, Haryana, Punjab, and adjoining areas for the next five days. According to IMD, there is a possibility of good rain in Delhi and adjoining parts on June 16. 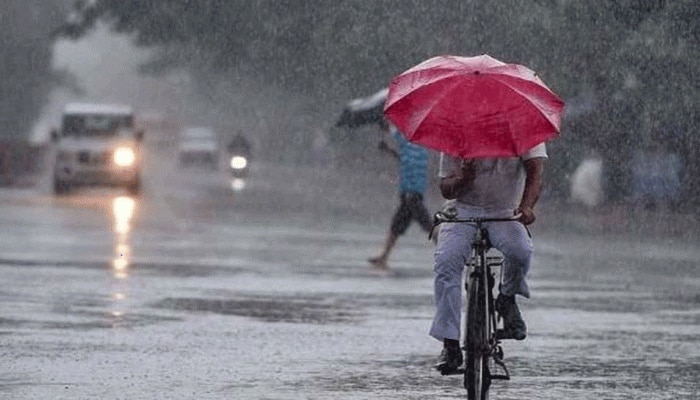 In many areas of Rajasthan, it started raining even before the arrival of the monsoon. Border Barmer has received the maximum rainfall of 130 mm in the last twenty-four hours. According to the Meteorological Center Jaipur, the rainy season will continue. According to IMD, very heavy rain has been recorded in Barmer district and heavy rain in Baran district in the last 24 hours. In western Rajasthan, 130 mm of rain has been recorded in Chauhan of Barmer and 98 mm in the Atru of Baran.

There is a possibility of light to moderate rain in some parts of Udaipur, Jodhpur, and Kota divisions of the state and in the districts of Ajmer and Jaipur divisions on Tuesday. Light to moderate rain activities is likely to continue for the next three to four days at many places in the state. It was cloudy in the capital Jaipur since Tuesday morning and there was a little sprinkling in many places.

At the same time, due to the change in the weather, people are expected to get relief from the scorching heat. On Monday, there was a drop in the day temperature by one to five degrees Celsius compared to Sunday. The change of weather in Rajasthan has affected the mood in the national capital Delhi.

However, the minimum temperature in the national capital was recorded at 31.2 degrees Celsius, three notches above normal on Tuesday morning. The Meteorological Department has forecast light rain or drizzles with a generally cloudy sky during the day, which may bring some relief to the people from the heat. The humidity level in the air stood at 40 percent at 8.30 am.

Mahesh Malawat, Vice president of Meteorology And climate Change at Skymet wrote, "Chances of dust and thunderstorm over northern plains including Delhi NCR on June 15. Rain may increase between 16-20 over Punjab, Haryana, West UP, North Rajasthan, and Delhi. Isolated intense spells and hailstorms are possible.

IMD has said in the latest forecast that there may be rain or thundershowers in Delhi, Haryana, Punjab, and adjoining areas for the next five days. According to IMD, there is a possibility of good rain in Delhi and adjoining parts on June 16.