Section 144 has been imposed in Mangaluru in the city in the wake of two incidents of killings of two people belonging to different communities in the last two days. Police said security has been beefed up in Dakshina Kannada and Udupi districts due to the tense atmosphere. Schools and colleges will remain closed in Suratkal, Bajpe, Mulki and Pannambur police station areas. 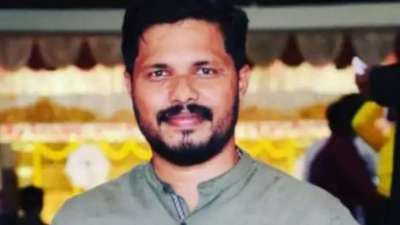 Praveen Nettaru (32), a member of Bharatiya Janata Party's (BJP) District Yuva Morcha committee, was murdered by three unidentified assailants on a motorcycle in front of his shop in Bellary on Tuesday night, while four unidentified miscreants on Thursday night killed Mohammad Killed Fazil. The Karnataka Police on Thursday arrested two persons from Dakshina Kannada district in connection with Praveen's murder and efforts are on to nab Fazil's attackers. Meanwhile, a large number of people attended Fazil's funeral procession here on Friday.

Mangaluru Police Commissioner N Sasikumar said, “Prohibitory orders have been imposed till the morning of July 30.” All liquor vends will remain closed and 19 check posts, including one along the Karnataka-Kerala border, have been set up, the official said. He said that no one would be allowed to roam the city after 10 pm. Karnataka Home Minister Araga Gyanendra issued a statement condemning the killing of Fazil and said that the perpetrators would be brought under the ambit of the law. State Chief Minister Basavaraj Bommai met Nettar's family members on Thursday evening and offered condolences.