Prashant Kishor said, 'There is no guarantee that Nitish Kumar will not be here and there again'

Prashant Kishor also said that no one can guarantee that Nitish Kumar will not be around again. 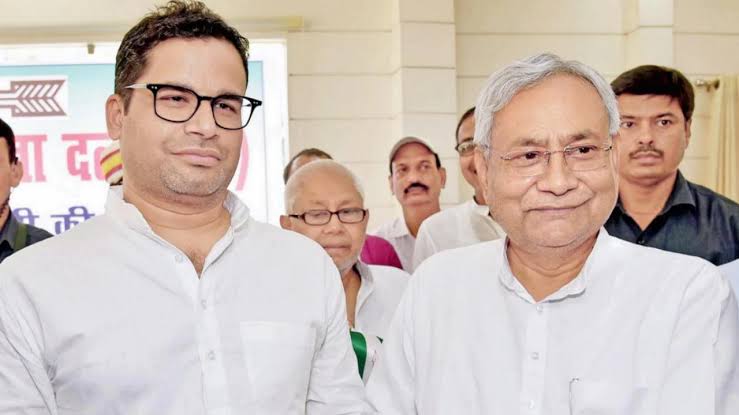 Election strategist Prashant Kishor has said that the path of Chief Minister Nitish Kumar and Deputy Chief Minister Tejashwi Yadav will part ways till the coming Lok Sabha elections. In an exclusive interview to India TV correspondent Nitish Chandra, he said that the next assembly election will also not be fought in the current formation, that is, the constituents of the Grand Alliance will no longer be together. Prashant Kishor also said that no one can guarantee that Nitish Kumar will not be around again.

When Prashant Kishor was asked whether the politics of the country would be affected by the political events in Bihar, he said, "I don't think it will happen. This is a state-specific incident. Its impact should be limited to Bihar. I do not believe that it will have any major impact on national politics. I can definitely say on the basis of my political understanding that the next assembly election in Bihar will not be held in this formation. Meaning that BJP on one side and 7 parties of Mahagathbandhan on the other, next assembly elections will not be like this.

On Nitish Kumar's statement that even Prashant Kishor does not know the ABC of what has happened in Bihar, Prashant Kishor said, "It is okay. Meaning I don't know ABC, don't mind admitting it. Nitish Kumar has become old, he has also got some age, so I do not want to comment on his point. I would only like to tell them that you know everything from A to Z, you just tell us idiots that what have you done in 17 years? You say you have done a lot, but only tell me on what parameters you have changed Bihar.