Billed as a ‘pan-India’ project, "Salaar" will be produced by Hombale Films and will also be featuring Shruti Haasan 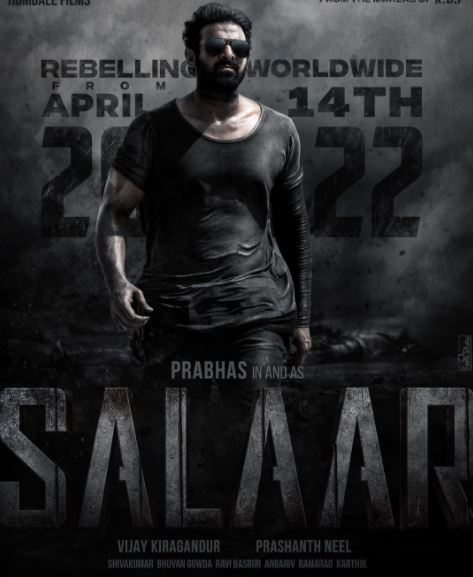 Neel, known for helming the blockbuster action movie franchise "KGF", took to Twitter and shared the film's poster with the release date, "Rebelling worldwide. #Salaar on April 14, 2022. We can't wait to celebrate with you all," the director wrote.

When the project, produced by KGF producer Vijay Kiragandur, was announced in December last year, the ‘Bahubali’ star Prabhas had called "Salaar" a territory unexplored.

"This is a very exciting film and my character is extremely violent, so this is something I haven't really done before. It's a pan-Indian film and I can't wait to be on the sets already," the 41-year-old actor had said.