Positive Story Of the day -Nominate persons who inspire you for the Padma awards: PM Modi to citizens

Modi remarked in a tweet that India has many talented people performing outstanding work at the grassroots level, but that they are generally unknown. 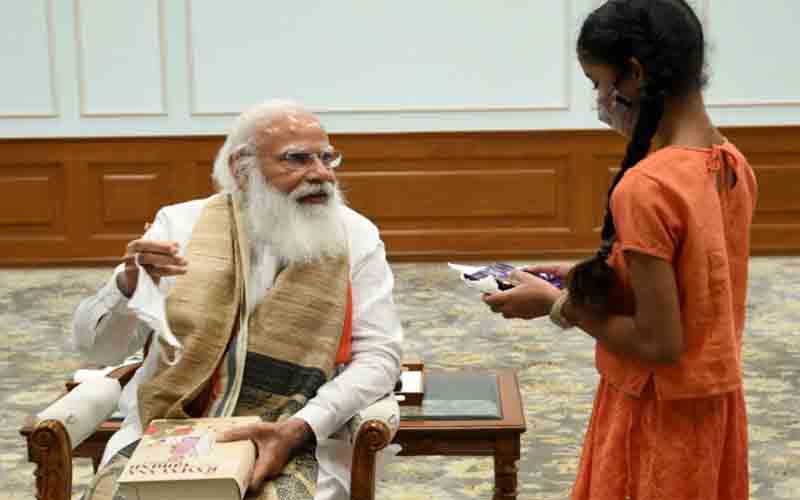 Prime Minister Narendra Modi asked people to nominate people who are performing extraordinary work at the grassroots for the Padma awards on Sunday.

“India has many talented people, who are doing exceptional work at the grassroots. Often, we don't see or hear much of them. Do you know such inspiring people? You can nominate them for the #PeoplesPadma. Nominations are open till 15th September. http://padmaawards.gov.in,” PM said in a tweet.

The Padma awards, which include the Padma Vibhushan, Padma Bhushan, and Padma Shri, are among the country's highest civilian honors. In recent years, the Modi government has given the Padma awards to some unsung heroes for their long-term contributions to society and achievements in various sectors.

These honors, which were established in 1954, are given out every year on Republic Day.

The Padma Awards 2022 online nominations were opened by the central government last month. Nominations will be accepted until September 15, 2021. In 2022, the prizes will be presented on the occasion of Republic Day.

In 1954, the Indian government established two civilian honors, the Bharat Ratna and Padma Vibhushan. Pahela Varg, Dusra Varg, and Tisra Varg were the three classes in the latter. By Presidential Notification dated January 8, 1955, these were renamed Padma Vibhushan, Padma Bhushan, and Padma Shri.

Read the other latest news