After a video of a five-year-old child criticising people for not wearing masks on a crowded street in Himachal Pradesh's Dharamshala went viral, local police adopted him as their coronavirus mascot. Amit, the youngster, stated, "I'd see cops instructing people to wear masks. As people were not following protocol, I believed I should do it as well." 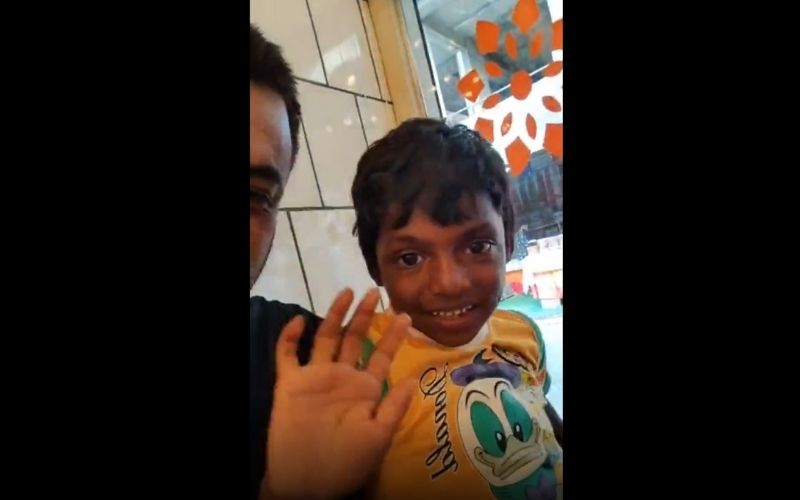 The young 'corona warrior' who made headlines after a clip of him telling others to wear masks in a packed Dharmashala street went viral has been named the local police department's mascot for coronavirus protocols.

Amit, a five-year-old boy who sells balloons to support his parents' livelihood, was spotted barefoot on the streets of Bhagsunag, near McLodganj, telling people to wear masks. The clip was widely shared after it was posted on the Instagram page Dharmshalalocal.

The post's caption read, “on the streets of Dharamshala, this little kid was spotted telling people to wear masks. He doesn't have any shoes on. Look at these people's smirking expressions. Who is educated and who is uneducated in this town?”

“I would see officers asking people to wear masks,” the clever child from Gujrat explained. “As people were not following protocol, I believed I should do it as well.”

The local police praised Amit and presented him with a pahari cap, snacks, and an energy drink as a token of appreciation.

'Dharamshalalocal' administrators gifted pairs to Amit and his brothers. Locals are also pitching in, according to Abhay Karki, who manages the Instagram feed. “An elderly couple gave him clothes, and many others want to help support his education,” he added, adding that they will speak with his parents, who are out of town when they return.

Vimukt Ranjan, senior superintendent of police (SSP) in Kangra, said the situation in the hill state was concerning because tourists were not following Covid guidelines. “I have instructed the establishment of police help rooms in McLeodganj and Bhasunag to deal with the big tourist influx. We will impose severe punishments on those who violate the rules,” Ranjan said, adding that he would visit McLeodganj and Bhagsunag on Thursday to assess the situation.