Pooja Hedge rejected the 5 films, got tagged as an actress with a starry attitude

Pooja Hedge is slowly climbing the ladder of success. 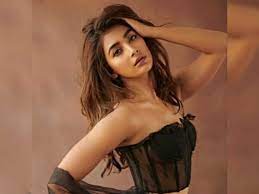 Pooja Hedge is one of the most sought-after actresses of the South film industry. With many successful films, she managed to register herself as a top actress. She has ventured into Bollywood and is slowly climbing up the ladder of success. But with fame, comes controversies too. There have been times when it has been reported that Pooja has got a starry attitude. It was after the reports of her refusing various projects hit headlines. Paying no attention to the rumors, Pooja definitely seems to be making wise choices when it comes to films.

Recently it was reported that Pooja Hedge was approached for a film with Pawan Kalyan in the lead. Allegedly the film in discussion is the Telugu remake of Amitabh Bachchan’s film Pink. She turned down the film citing date issues.