The People's Alliance for Gupkar Declaration (PAGD) and the state BJP have announced a meeting with Lieutenant Governor Manoj Sinha on Sunday on the issue. The Kashmir unit of BJP also took out a rally justifying the anger of Kashmiri Hindus. 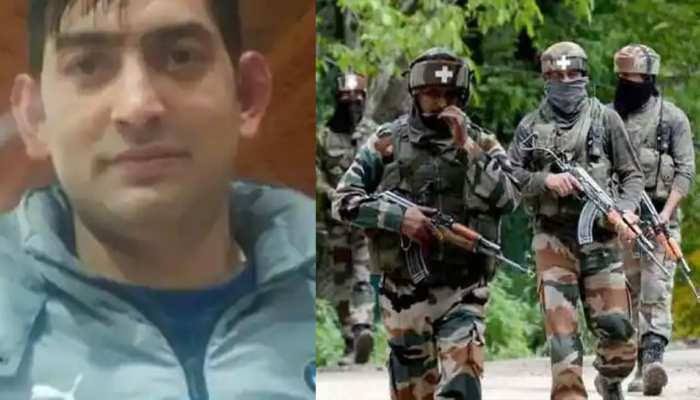 Politics has intensified after the killing of Kashmiri Hindu worker Rahul Bhatt by terrorists in Chadoora of Budgam district on Thursday.

The protest of Kashmiri Hindus from Jammu to Kashmir continued for the third day on Saturday. He said that all Kashmiri Hindus posted in Kashmir under the Prime Minister's Employment Package should be shifted out of the Valley.

Late Rahul Bhatt got a job in the Revenue Department only under the Prime Minister's Employment Package. The terrorists were on duty at the Chadoora Tehsil office at the time of the attack. Since his assassination, Kashmiri Hindus living in Kashmir have been continuously protesting. To prevent them from coming on the streets, the police closed the main gates of their colonies from outside on Saturday morning. Kashmiri Hindus also tried to protest in Sheikhpora Budgam, Veerwan Baramulla, Vesu Qazigund, but the police did not allow them to come out.

Kashmiri Hindus said that the government, which has failed in our security, is not allowing us to come out of our homes even now. Kashmiri Hindu personnel of Vesu said that if the government does not lift restrictions by Sunday morning, they will break the gate and exit the colony and march to Sheikhpora Budgam and then to the Kashmiri Hindu Transit Colony at Veerwan Baramulla.

All PM Package Employees Forum has written to Divisional Commissioner of Kashmir, Pandurang K Pole, seeking to ensure the safety of Kashmiri Hindu personnel, shifting them to safer places outside the Wadi. He has also announced a march to Sheikhpora and Veerwan Colony. The forum has written that instead of expressing sympathy and support with us, the government is raining lathis and teargas on us.