Police on high alert in the state regarding Juma prayers after three riots in Kanpur, Section 144 implemented in Kanpur

The DGP Headquarters has given instructions to be vigilant in the entire state regarding Friday prayers. ADG Law and Order Prashant Kumar said that those who spoil the environment have been asked to deal strictly with them. 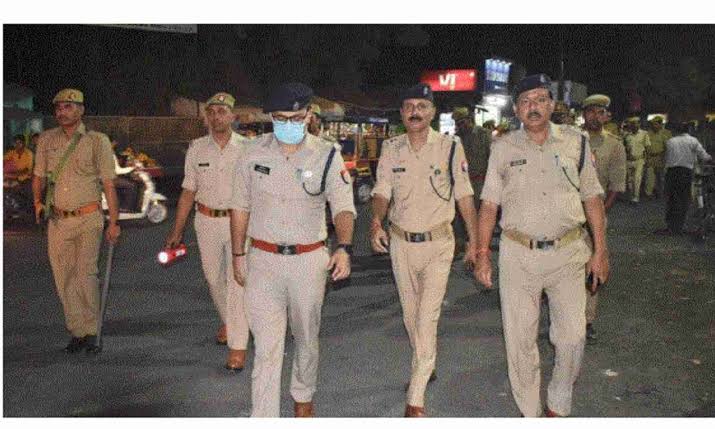 Due to the disturbance and violence after Friday prayers in Kanpur city on June 3, there is a high alert across the state today. Section 144 has been imposed in Kanpur, while in all the police station areas of other cities, the police teams are very cautious regarding the prayers of Juma.

The administration is ready for Friday prayers in Kanpur. Section 144 has been imposed in the district today. Today Juma prayer is also to be held, for this the administration is taking special vigilance. The district and police administration along with additional police force is keeping an eye on every corner of the city. Along with the city, other sensitive areas are being monitored by drones. Today, the intelligence apparatus of the police has also been put on high alert.

Along with the city, other sensitive areas are being monitored by drones. Today, the intelligence apparatus of the police has also been put on high alert. The cyber cell of the police is also active regarding those spreading rumors on the internet media. So that those who spread misleading news on internet media can be cracked down. Peace committee has been formed at ACP level which will appeal for peace today.

According to Kanpur Police Commissioner Vijay Singh Meena, the people of the Peace Committee will be present everywhere on Friday. The administration is not in any mood for any relaxation regarding Friday prayers in Kanpur. This is the reason why Section 144 is in force in the city today. All are being appealed to maintain peace and order.