"There was no lathicharge here and the protest is going on peacefully. An aggressive group of protesters had a scuffle which was later controlled by the police. We have taken note of their demands," he said. 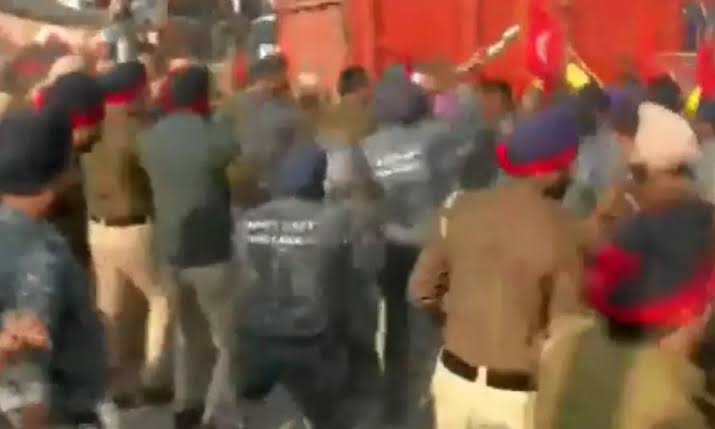 In Punjab, the police have lashed out heavily at the people of the labor unions. These people were marching towards Chief Minister Bhagwant Mann's residence in Sangrur with their various demands when the police attacked them. There is news of some laborers getting injured in this incident.

According to the information, the people of the trade union first gathered on the Patiala bypass, then marched towards the CM's residence where a heavy police force was already deployed. When the trade union people from all over the state proceeded towards the Chief Minister's residence, the police tried to stop them. During this, there was a lot of pushing and shoving on both the sides. After this, the police lathi-charged, due to which many laborers were injured.

According to the information, both farmers and laborers are involved in this demonstration. They have two main demands. The first is the demand for a plot to live and build a house and the second is the demand for permanent employment. Now the people of the trade union are sitting on a dharna in front of the gate of the colony where the Chief Minister's residence is located.