Police shot a man dead after he got stabbed by six people in Auckland. 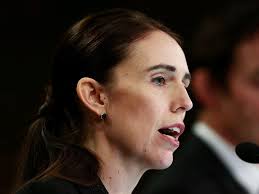 Prime Minister of New Zealand, Jacinda Arden said an ISIS-INSPIRED terrorist stabbed six people at a supermarket in Auckland today before police who had him under surveillance shot him dead.
Police also declared that the attack occurred when the man entered the Countdown supermarket in the city’s New Lynn suburb as people were shopping.