PM Modi's Birthday: After leaving the cheetahs in Kuno, PM Modi said- 'The country is engaged in the rehabilitation of cheetahs with new energy' 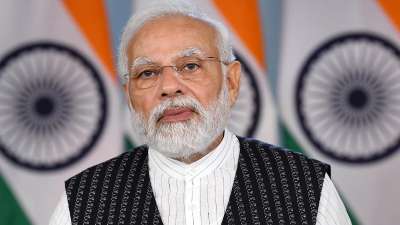 Prime Minister Narendra Modi is celebrating his 72nd birthday today at Kuno National Park. On this occasion, he released the cheetahs brought from Namibia in the Kuno National Park. In his address to the nation, he said that the whole country has gathered with new energy for the rehabilitation of cheetahs. He said in his address that it was unfortunate that we declared cheetahs extinct from the country in 1952, but for decades no meaningful effort was made to rehabilitate them.

PM Modi said- 'Today in the nectar of independence, now the country has gathered with new energy to rehabilitate cheetahs. It is true that, when nature and environment are protected, then our future is also secure. The avenues for growth and prosperity also open up. When cheetahs run again in Kuno National Park, the grassland ecosystem here will be restored, biodiversity will increase further.

With protecting the environment, the country can progress: PM Modi Nature and environment, animals and birds, for India it is not just about sustainability and security. For us they are also the basis of our sensibility and spirituality. Today, 21st century India is giving a message to the whole world that economy and ecology are not conflicting fields. Along with protecting the environment, the progress of the country can also happen, India has shown this to the world.