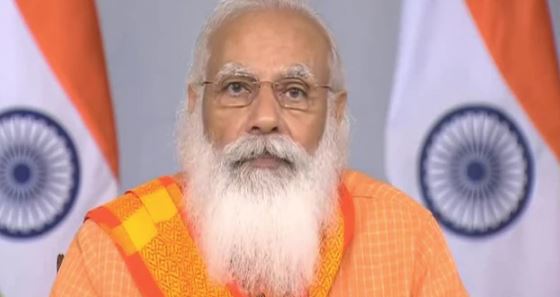 In a recent poll conducted on social media platform Twitter, by a very credible news website The Conversation, India's Prime Minister Narendra Modi was voted the worst nation’s head in terms of their government’s response to the COVID-19 pandemic.

BJP leader and the current Indian Prime Minister, who till a couple of years back was touted to be the world’s poster boy for his following on social media and his fans positive support, has been finding his stock sliding badly. Earlier, in the wake of the Covid-19 deaths many foreign media had painted a grim picture of him fiddling akin to Nero when Rome was burning.

In this recent poll on Twitter, Modi received 90 percent of over 75 thousand votes cast, far far ahead of other competitors. These infamous others who jostled with Modi were former US President Donald Trump who got only 4.9 percent votes, Brazilian President Jair Bolsonaro with 3.6 percent, Mexican President Andrés Manuel López Obrador who managed only 1.3 percent and Belarus' Alexander Lukashenko who could not even muster 1% of the votes polled.

This twitter poll was done as a follow up on the article which appeared in The Conversation titled 'World's worst pandemic leaders: 5 presidents and prime ministers who badly mishandled COVID-19', in which Modi found the first mention.

Sumit Ganguly, a professor from the Indiana University, assessed Modi’s performance and called out PM’s campaign rallies ahead of 5 state Assembly elections, the super-spreader Kumbh Mela in Haridwar, and the excruciatingly slow pace of vaccination in the country – in his write up.

"India is the new epicenter of the global pandemic, recording some 400,000 new cases per day by May 2021. However grim, this statistic fails to capture the sheer horror unfolding there. COVID-19 patients are dying in hospitals because doctors have no oxygen to give and no lifesaving drugs like remdesivir. The sick are turned away from clinics that have no free beds," he wrote in the piece.

Narendra Modi who many say had designed his ascendancy based on social media support and the wide campaigns which saw many to start supporting him electorally has literally been getting his worst response on the web lately.