PM Modi wrote a letter to former President Ram Nath Kovind, saying - 'It is my privilege to work with you'

The Prime Minister told Kovind that in the last five years, he had always given advice in a timely manner and with an open mind. He said, “I will continue to take your advice in future also. Rashtrapatiji, it was a real privilege to work with you as your Prime Minister." 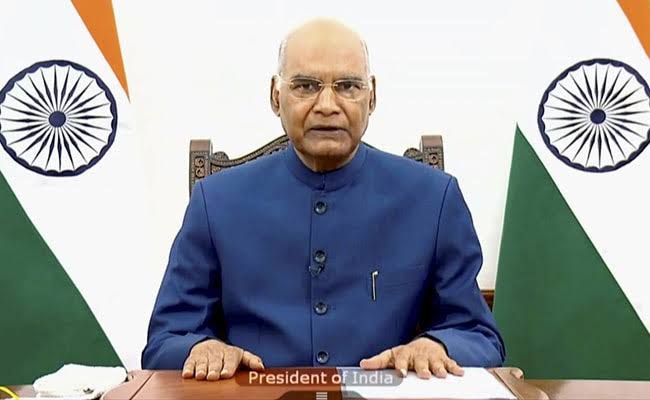 Prime Minister Narendra Modi has praised former President Ram Nath Kovind, saying that he has set the highest standards of principles, honesty, work, sensitivity and service during his tenure as the President of India. In a letter to former President Ram Nath Kovind on Sunday, PM Modi also lauded his personal journey from a small village in Uttar Pradesh to Rashtrapati Bhavan and said it was "an example for the development of our country and our society".

Ram Nath Kovind's term as President ended on Sunday, 24 July and Draupadi Murmu was sworn in as the 15th President of India on 25 July. In a letter to Kovind, the Prime Minister said, "Throughout your life and career you have maintained determination and dignity, deep commitment to the principles of our Constitution, highest respect and responsibility." Modi said during his tenure. Kovind has best represented India in the country and in the world through several acts, interventions and speeches.

Sharing this letter, former President Kovind tweeted, "I accept these touching and heartwarming words as a token of the love and respect that fellow citizens have given me. I am truly grateful to all of you." Modi wrote that as President, Kovind upheld the ideals of the Constitution of India and the core of its democracy through right decisions, outstanding dignity and extraordinary decency, and has always been the best of the Republic.