PM Modi will not attend the G7 summit in UK

Prime Minister Narendra Modi will not be attending the G7 summit in the United Kingdom. Given the current pandemic situation in the region, the decision was made. 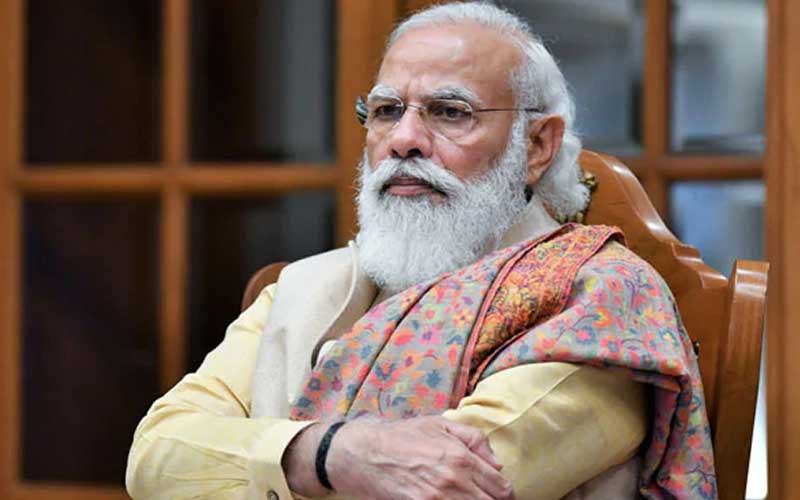 "While we appreciate Prime Minister Boris Johnson's invitation to attend the G7 Summit as a Special Invitee," a Foreign Ministry spokesperson said, "given the current COVID situation, it has been agreed that the Prime Minister will not attend the G-7 Summit in person."

President Joe Biden of the United States will attend the G-7 conference, which brings together the world's most advanced economies: the United Kingdom, the United States, Canada, France, Germany, Italy, and Japan. This will be the grouping's first in-person summit in two years.

The G-7 leaders are expected to address common issues such as the coronavirus pandemic and its economic effects.

India, along with Australia and South Korea, had been welcomed as guests by the UK Prime Minister.

PM Modi attended the G-7 summit in France in August 2019 and was invited to the 2020 summit in the United States, which was postponed due to the coronavirus outbreak.

In January, the UK issued the following statement: "India, as the world's 'pharmacy,' already supplies more than half of the world's vaccines, and the UK and India have collaborated closely during the pandemic. Our prime ministers meet regularly, and Prime Minister Johnson has announced that he will travel to India ahead of the G-7 summit."

But, due to the Covid situation, Mr Johnson cancelled his visit in April - he had previously postponed his visit when he was scheduled to be the Chief Guest at the Republic Day celebrations.

India has the highest daily rate of new Covid infections and deaths in the world. For nearly three weeks, the number of cases per day has exceeded 3 lakh.

On the other hand, in the UK, the virus quarantine has been lifted, allowing people to hug near family and friends and gather indoors at bars, restaurants, and cinemas starting next week.