PM Modi will launch 'Jan Samarth' tomorrow, many facilities like bank loans will be available on a common platform

Apart from this, PM will also issue special coins of one rupee, two rupees, five rupees, 10 rupees and 20 rupees. These coins will have the logo of the Amrit Festival of Independence. 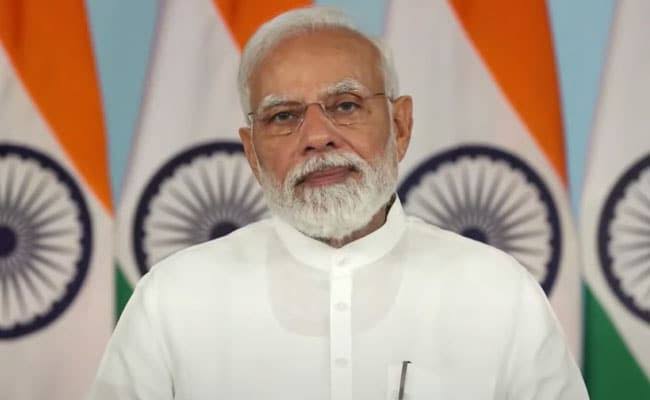 Prime Minister Narendra Modi is going to launch Jan Samarth Portal on 6th June. The Prime Minister's Office said that all types of credit based government schemes will be linked to the Jan Samarth portal. It will be the first platform in India to directly connect the beneficiaries and creditors. This portal will promote inclusive growth and progress of various sectors.

Apart from the portal launch, the Prime Minister will also launch a digital exhibition detailing the journey of the two ministries over the past eight years.

In fact, in order to make the life of the common man easier, the government has planned to start a common portal 'Jan Samarth' for the distribution of many schemes being run by various ministries and departments. Sources said that the Narendra Modi government is planning to launch a new portal with a vision of 'Minimum Sarkar, Maximum Governance', which is planning to cover 15 credit-linked government schemes. Some of the schemes of the Center involve the participation of multiple agencies, so gradually it will be expanded.

Schemes like Pradhan Mantri Awas Yojana and Credit Linked Capital Subsidy Scheme (CLCSS) are being operated by various ministries. The proposed portal is planning to bring these schemes on a single platform, so that the beneficiaries can access them without any hassle. Till now its pilot test was being done, which is now going to be launched by PM on 6 June. If sources are to be believed, other lenders including State Bank of India (SBI) can also miss on this portal.

If sources are to be believed, other lenders including State Bank of India (SBI) can also miss on this portal. The portal will have open architecture, so that state governments and other institutions will also be able to incorporate their plans on this platform in future.