PM Modi will campaign in Gujarat from Saturday, will address 8 meetings in three days

The election campaign will start from South Gujarat. First of all, at 7:30 pm on Saturday evening, PM Modi will address the public meeting in Valsad, he will stay there for the night. 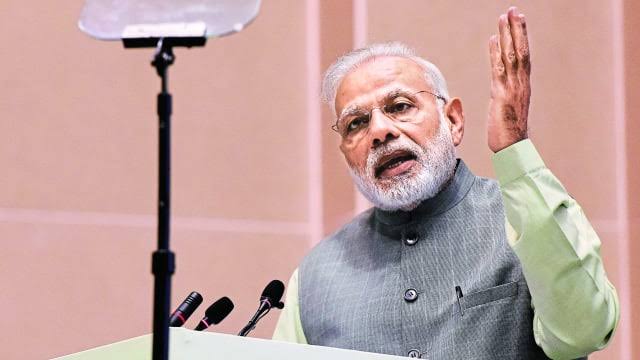 Prime Minister Narendra Modi will start the election campaign in Gujarat from Saturday. He will address eight election rallies in three days. The election campaign will start from South Gujarat. First of all, at 7:30 pm on Saturday evening, PM Modi will address the public meeting in Valsad, he will stay there for the night. The next day, Sunday morning at 10:15 am will have darshan and worship at Somnath temple. After this, there will be four election meetings in Varaval, Dhauraji, Amreli and Botad. There will be a public meeting in Varaval at 11 am, Dhauraji at 12:45 pm, Amreli at 2:30 pm and Botad at 6:15 pm. After this Prime Minister Modi will come to Gandhi Nagar. Night stay will be at Raj Bhavan.On Monday, he will again go out on the election campaign, on this day there will be three election meetings of the PM. They will have an election meeting in Surendra Nagar at 12 noon, Jambusar at 2 pm and Navsari at 4 pm.

Prime Minister Narendra Modi will also visit Arunachal Pradesh and Uttar Pradesh on Saturday 19th November. On Saturday morning at 9:30, he will take part in several programs in Itanagar, the capital of Arunachal Pradesh. He will lay the foundation stone and inaugurate various development projects. After this, he will go to his parliamentary constituency Varanasi in Uttar Pradesh. Kashi will participate in the opening ceremony of Tamil Sangamam at 2 pm. After this the PM will leave for Gujarat's election campaign. He will address election meetings in Gujarat for three days on Saturday, Sunday and Monday. Let us tell you, PM Modi had held 34 public meetings in Gujarat in the last assembly elections, this time he will hold at least 25 election meetings.