The two leaders agreed to continue regular consultations on global and bilateral issues, the statement said. 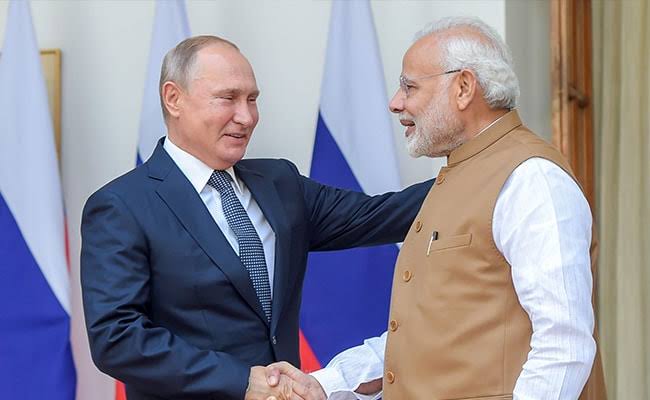 Prime Minister Narendra Modi spoke with Russian President Vladimir Putin on Friday. During this, he reiterated India's longstanding position on the situation in Ukraine and supported dialogue and diplomacy. A statement issued from the Prime Minister's Office said that during the telephonic conversation, the two leaders reviewed the implementation of decisions taken during President Putin's visit to India in December 2021.

According to the PMO, the two leaders exchanged views on the issue of further enhancing bilateral trade especially in agricultural commodities, fertilizers and pharma products. The two leaders also discussed global issues, including the state of international energy and food markets. "In the context of the current situation in Ukraine, the Prime Minister reiterates India's long standing stance in favor of dialogue and diplomacy," the PMO said.

The two leaders agreed to continue regular consultations on global and bilateral issues, the statement said.