PM Modi talks to Putin on phone, these issues were discussed between Russia-Ukraine war

The two leaders reviewed several areas of bilateral cooperation such as energy cooperation, trade and investment, defense and security cooperation. The Prime Minister also looked forward to the two countries working together during India's Chairmanship of the SCO. 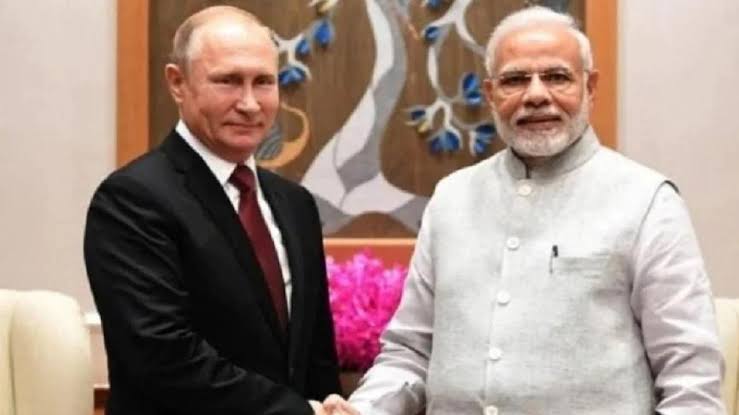 Prime Minister Narendra Modi spoke on the phone with Russian President Vladimir Putin on Friday. He has called for dialogue and diplomacy to be the only way to stop the Russia-Ukraine war. Apart from this, Modi has also talked to Putin about the G-20 to be chaired by India. The talks between the two leaders followed their meeting in Samarkand, Uzbekistan in September this year on the sidelines of the Shanghai Cooperation Organization (SCO) summit. The two leaders reviewed several areas of bilateral cooperation such as energy cooperation, trade and investment, defense and security cooperation. The Prime Minister also looked forward to the two countries working together during India's Chairmanship of the SCO.

During the SCO summit in September, Modi had said that this is not an era of war. Then Russian President Putin had said that at this time we are aware of India's situation and understand its concern. Putin told Modi that we all want this war to end soon.

Russian President Vladimir Putin's mentor Alexander Dugin has made it clear that "either Russia will win the war or the world will collapse." Heavy air raid. Many big cities of the country including Ukraine's capital Kyiv have been shaken by this deadly missile attack. Even now the sirens of horrific attacks are ringing across the country. This attack has brought back memories of Russia's early days of attacks in Ukraine. Ukrainian authorities are again urging people to enter bomb shelters and bunkers.

Russia has simultaneously rained dozens of missiles on Ukraine. There are also reports of damage to many of its power grids. The targeting of energy infrastructure has caused power outages in much of Ukraine. Violent explosions have rattled the southwestern district of Holosivki, as well as the eastern districts of Dnieprovsky and Desnyansky, located on the right edge of Ukraine in the capital Kyiv, according to Kyiv Mayor Vitali Klitschko. Rocket missiles have targeted several energy infrastructure and buildings.