PM Modi speech on Independence Day: Signs of progress on women-centric schemes, steps may also be taken on women's reservation

The Prime Minister spoke at length on the contribution of women. He said that today women power is visible in the field of knowledge from science to science. Even in the field of sports, she is coming forward with new strength, new confidence. 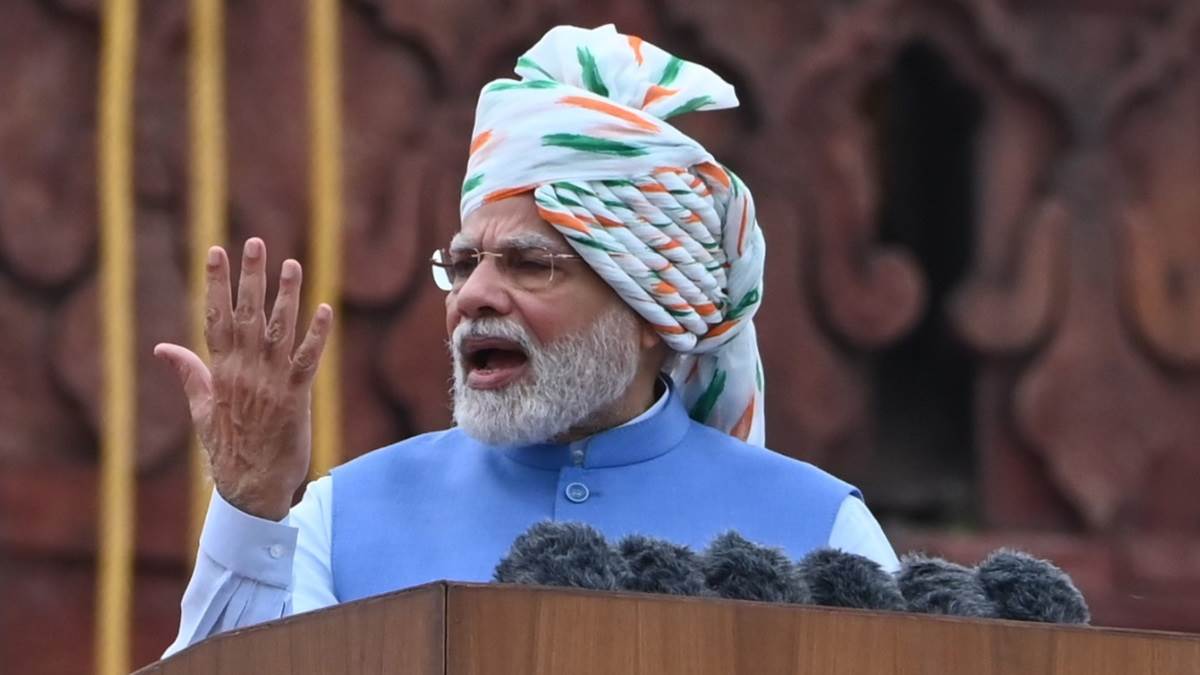 Despite the increasing role in every field, women are still considered inferior in the society. But Prime Minister Narendra Modi believes that if the country has to be developed in the true sense, then more trust has to be created on women. He insisted... I say from the experience of the last years, women are going to contribute many times more in the coming 25 years than what they have contributed in the last 75 years, they are more than our norm.

Prime Minister Modi often talks about the contribution of women, but the way he talked about taking forward women from the ramparts of the Red Fort in the voice of an appeal to the country is also a sign of the future and possibly a glimpse of the change in politics as well. Could be too. Its political implications are also being extracted. It is worth mentioning that a few months ago, he had given the credit for the BJP's victory in the assembly elections of five states to women. The vote percentage of women in those states was higher than that of men. As President, BJP gave this place to a tribal woman. A day earlier, the newly elected President Draupadi Murmu also talked about the role of women.

The Prime Minister expressed confidence that if India has to become developed in the next 25 years, it will be possible only by giving priority to women. It is being speculated that in the coming days, the government will also take steps regarding women's reservation. But for that other parties also have to stand together. Being a constitutional amendment issue, it requires a two-thirds majority in both the houses. At present, there is no opposition in the NDA faction, but there are some regional parties in the opposition who are against it and on previous occasions it was stalled on their behalf by creating obstacles. The BJP's electoral victories in the last few years have been a special mention of schemes like Ujjwala, which have been focused on women.

The Prime Minister spoke at length on the contribution of women. He said that today women power is visible in the field of knowledge from science to science. Even in the field of sports, she is coming forward with new strength, new confidence. The more opportunities we give to the daughters, the facilities will be focused for the daughters, she will give a lot by returning. The hard work that is going to be taken in fulfilling the dream of Amrit Kaal, if the hard work of our women power is added to it, then the goal can be completed before time.