PM Modi also met those people who took part in relief and rescue operations on a war footing to save the people after this incident on Sunday. According to sources, he also talked to these people involved in the rescue about the incident. 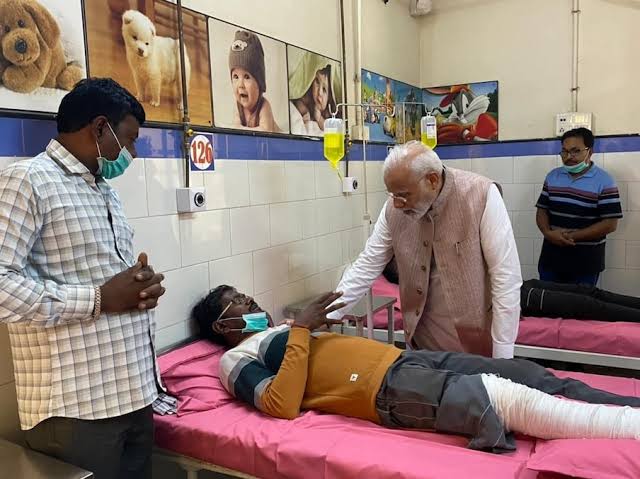 PM Narendra Modi visited Morbi on Tuesday. During this, PM Pul also visited the accident site, as well as held a high level meeting. Senior officials of the state attended this meeting. After this meeting, PM Modi also met those people who took part in relief and rescue operations on a war footing to save the people after this incident on Sunday. According to sources, he also talked to these people involved in the rescue about the incident. The rescue team has so far saved 170 lives. The team has started the rescue operation again since Tuesday morning.

After this accident, before the rescue started, there were some local people who had made their efforts to save the people before the help of the administration. NDTV had a special conversation with Jignesh Lalji Bhai, one of them. Jignesh Bhai, who gave free physical fitness training to the youth preparing to join the army, saved at least 90 people before the NDRF and SDRF teams arrived. Most of these included children and women.

A woman who became a witness to this accident, Hasina Bhan, while narrating that painful scene, said that I did not even know when it happened in the morning. Me and my family spent the whole night in taking people to the hospital. We took people to the hospital in both our vehicles. The whole family was engaged in helping people. Hasina had said that when I picked up the bodies of the dead children with my hands, my hands were trembling. I was thinking of taking them to the hospital, but there was nothing left in them. This accident has broken me. I can't speak more than this. And while speaking, Hasina again got tears in her eyes.