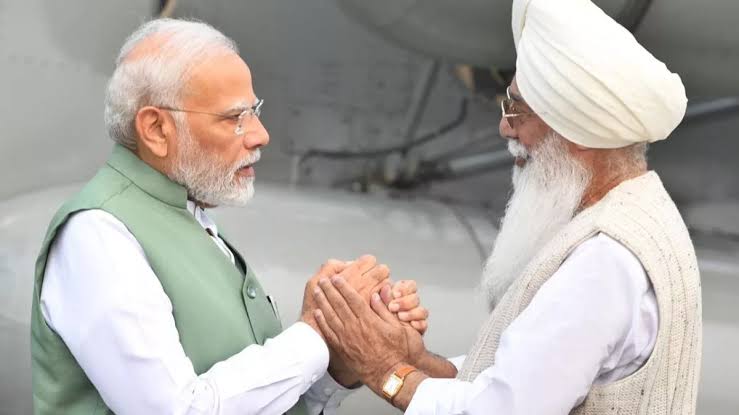 Prime Minister Narendra Modi first reached Adampur Air Force Station in Jalandhar and then left for Dera Beas in a helicopter. On reaching Dera Beas, he was received by Dera Mukhi Baba Gurdiner Singh Dhillon. After this PM Modi visited the Dera and visited various places. During this, the Prime Minister also reached Sangat Bhawan and accepted the greetings of the Dera followers present there. Dera Mukhi Baba Gurinder Singh Dhillon briefed PM Modi about the activities of the Dera. The two chatted in a closed room.