Prime Minister Narendra Modi has paid tribute to Sardar Vallabhbhai Patel on his birth anniversary at the Statue of Unity in Kevadiya, Gujarat. 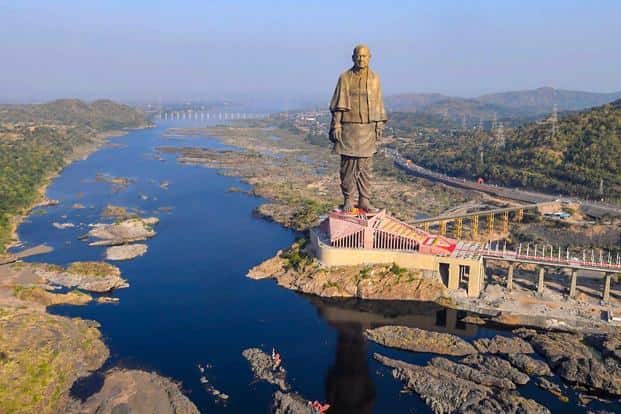 The Statue of Unity at which PM Modi paid tribute to Sardar Vallabhbhai Patel today is a 182-meter-high iron statue built in front of Sardar Sarovar Dam in Narmada, Gujarat. It is the tallest statue in the country and was dedicated to the nation on October 31, 2018. You can guess the height of this statue from the fact that in comparison to this, the height of America's Statue of Liberty is only 93 meters.